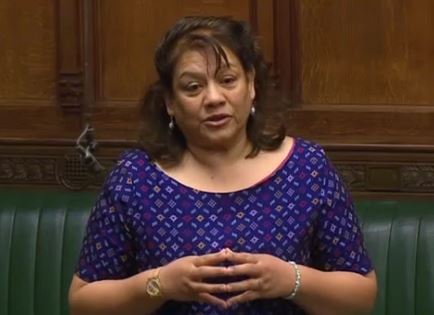 The Communities and Local Government Secretary made a Statement on Thursday 17 December 2015 on the Local Government Finance Settlement. I was called by Mr Speaker and I  asked: “In Walsall South, libraries are closing, there is a disproportionate cut to the public health budget, and it is difficult to recruit and retain social workers. Will the Secretary of State confirm that under the settlement that he has just announced, all those services will be protected and there will be no need for further cuts in those areas?”
The Secretary of State responded: “I am happy to answer the hon. Lady’s question. As I said to her hon. Friend the Member for Walsall North (Mr Winnick), the resources available to Walsall will increase by 1.5% by 2019-20. Of course, as I said in my statement, savings will continue to need to be made in other areas right across local government. It is for the councils themselves to make those decisions, but they now have the ability with the certainty of four-year budgets and a possibility of reform within those years to make those savings, to protect those services and to make sure that elderly and vulnerable people are well looked after.”
Given that the Secretary of State said that there was extra money I wanted his commitment that libraries and public health would be protected. The settlement however for this year is -3.1%, a cut and then +1.5% by 2019/20.   It is not clear what constitutes “resources” and so it is not clear how much this helps in Walsall. Added to this are the changes to the way Local Government is funded which were announced last month by the Chancellor in his Autumn Statement. The changes will enable Local Authorities to retain the business rates they collect. This will have a detrimental impact on Authorities with fewer businesses.