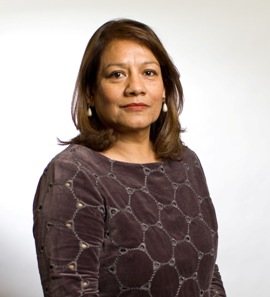 Valerie was born in Aden and her family re-located from Yemen to the UK when she was ten years old.  Valerie attended Twickenham County Grammar School, and Bedford College, University of London where she read Biochemistry and also attended Cambridge University to undertake research.

Qualifying as a solicitor in 1984, she has worked as a lawyer in local government in London Boroughs, set up a community law firm Townsend Vaz and sat as a Deputy District Judge. One of her notable cases was Hammersmith and Fulham v Monk HL 1992. The case confirmed the principle that one of two joint tenants can serve a Notice to Quit on a landlord and end the tenancy. In 2001 she joined the Government Legal Service and has worked at the Treasury Solicitors Department and the Ministry of Justice.

From 1986-1990 Valerie was a Councillor in the London Borough of Ealing and was Deputy Leader in 1988-1989. She stood as a Parliamentary Candidate in Twickenham in 1987 and in the European elections in 1999 in the East Midlands. Her community work includes being a school governor and member of a health authority. Valerie was a presenter/interviewer for BBC TV Network East in 1987.

In May 2010, Valerie was elected MP for Walsall South representing the Labour Party, and re-elected in May 2015, June 2017 with increased majorities and 2019.

In Parliament, Valerie served on the Public Bodies Bill Committee (2011), Criminal Justice and Courts Bill Committee (2014) and the Higher Education and Research Bill Committee (2016) where she scrutinised legislation before they became Acts of Parliament. Valerie has presented two Ten Minute Rule Bills: The Epilepsy and Related Conditions (Education and Health Services) Bill (2010) and the Adoption (Leave, Pay and Allowance Arrangements) Bill (2011). Valerie worked with Ministers to successfully include elements of the Bills in the Children and Families Act 2014. The Government took forward two provisions contained in the Adoption Bill which were the equalisation of leave arrangements and pay arrangements for adoptive parents with those available to parents whose children are born to them.

Valerie has published reports in Parliament on ‘Obesity and Diabetes Programmes in England: Capturing the State of Play’ in 2011, ‘Instruments on Planes’ with the Incorporated Society of Musicians in 2012 and the ‘Use of Higher Rate Numbers by Government Departments’ in 2014. In 2019 Valerie e-published “A Glossary of Climate Change”.

In October 2019 Valerie was appointed a member of Her Majesty’s Most Honourable Privy Council and received a Hon Doctor of Laws from the University of West London. In 2022 Valerie was appointed to the UK-EU Parliamentary Partnership Assembly, and became a Governor of the Westminster Foundation for Democracy.