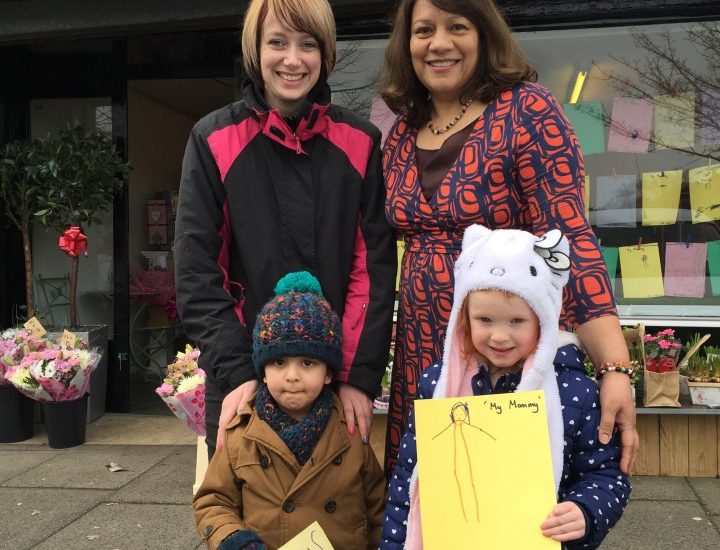 So on Friday 4 March, I met Andrea at Bramble Hedge Florist and saw the wonderful display of pictures of the mums. I noticed that the age ranges were three and four, and I then decided I would need to separate the four-year-olds from the three-year-olds. I picked two winners, Bramble Hedge Florist supplied one bouquet, and I donated the second bouquet.

The picture above shows the two winners, Francesca and Arjun, and both of their lucky mums received a bouquet.

There was also a “delegation” of other children from the nursery and their two nursery assistants. The children thoroughly enjoyed visiting Bramble Hedge Florist, and I hope they’ll encourage their families to use the florist in the future. Andrea set up this business, and she says it is thriving. It was good to see the local community in Pheasey wander in to the florist, and arranged in buckets were all the bouquets that were going out to the well deserving mums for Mothering Sunday on 6 March.