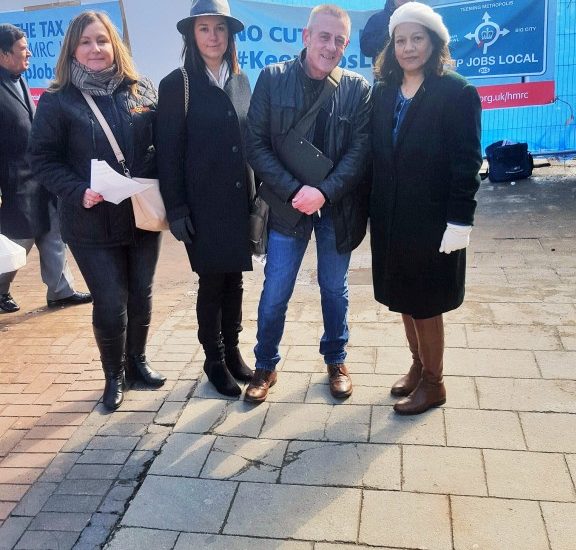 On Saturday 5 March 2016 I joined constituents and the Public and Commercial Services (PCS) Union in Walsall Town Centre to ask people to sign a petition calling on HMRC to reverse its decision to close Walsall’s HMRC Office. More than 500 people signed the petition showing there was great support from local people. I will be presenting the petition to Parliament.

HMRC plans to close its Walsall Office during the next financial year and to move staff to an office in Birmingham City Centre. 90% of the jobs that will be lost or moved are currently held by women. They have been offered jobs in Birmingham, but many have caring responsibilities which would make a daily commute extremely difficult so they are faced with either losing their jobs or an increase in travel costs which will mean a loss of income.

Qualified staff with local knowledge and institutional memory are an important asset to HMRC. If the Government are serious about tax evasion and tax avoidance, they need local staff who have the expertise to help people with their tax affairs. Local HMRC staff provide a better deal for tax payers.

PCS has calculated that when 50 jobs are lost, it costs a local economy as much as £1.5m. That is too much to take out of the economy in Walsall. I hope HMRC will now reconsider its decision. 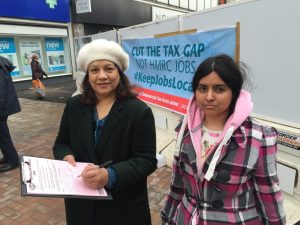