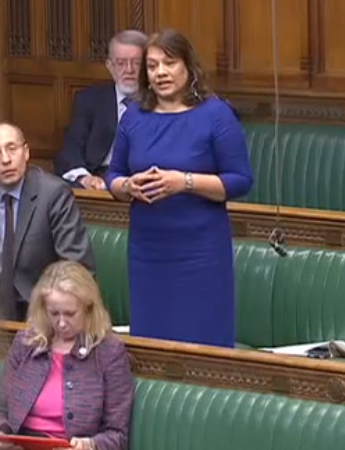 An Urgent question requested by the Shadow Health Secretary Heidi Alexander was granted by mr Speaker on Monday 18th April 2016 on Junior Doctor Contracts. I asked the Secretary of State for Health, Jeremy Hunt MP:

Valerie Vaz: I would be grateful if the Secretary of State could update the House on any legal action against the Department, and on whether the Department will be defending it.

Jeremy Hunt: We have two cases ongoing, and we are defending them vigorously.

I am surprised that the Government would spend money on defending the cases rather than sitting with the Junior Doctors and settling the dispute. Money is needed in the NHS for front line services.