HomeNewsAPPG for Fruit, Veg and Horticulture

APPG for Fruit, Veg and Horticulture 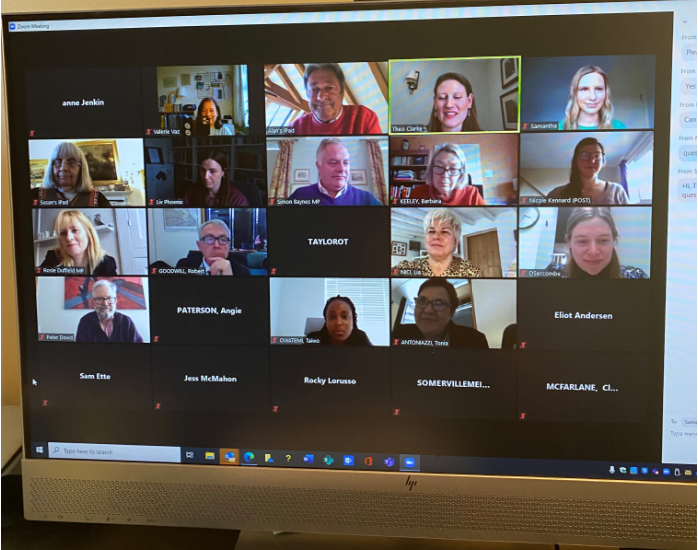 On Monday 17 May 2021 I attended a meeting of the All-Party Parliamentary Group for Fruit, Veg and Horticulture which was chaired by Theo Clarke MP. Members of the APPG spoke with  gardener and television personality Alan Titchmarsh MBE who celebrated the best of British fruit, veg, plants and flowers. This was the first meeting of the APPG in the new parliamentary session and I became a member of the group.

I asked Alan if he was content with the number of apprenticeships in gardening, as I knew he worked at Kew Gardens when he was younger. Alan said that there should be a lot more encouragement of young people into the horticultural industry, and that he had worked out that there were at least 70 different career paths available to young people once they get into the horticulture industry. I asked Alan how we could ensure that, as there are no boundaries to climate change, people in other countries can grow crops that are indigenous to the area. As Oxfam has noted, it is better for indigenous agriculture to be grown rather than ‘cash crops’ for exports, which can leave some areas without enough agriculture for local people. We also had a discussion about peat.

The UK’s horticultural sector plays a pivotal role in people’s health, supplying us with affordable and nutritious fruit and vegetables. Ensuring that we have a strong and thriving domestic horticulture sector is one of the main priorities of the APPG.

I am photographed here with a special tea towel created for the APPG which provides a guide to British fruit and veg throughout the year.

The secretarial support for this group is provided by the National Farmers Union, who facilitate informed and progressive debate on food and agricultural development between parliamentarians. I am looking forward to participating in further meetings of the APPG.