My letter to the Chief Executive Officer of Anesco Ltd 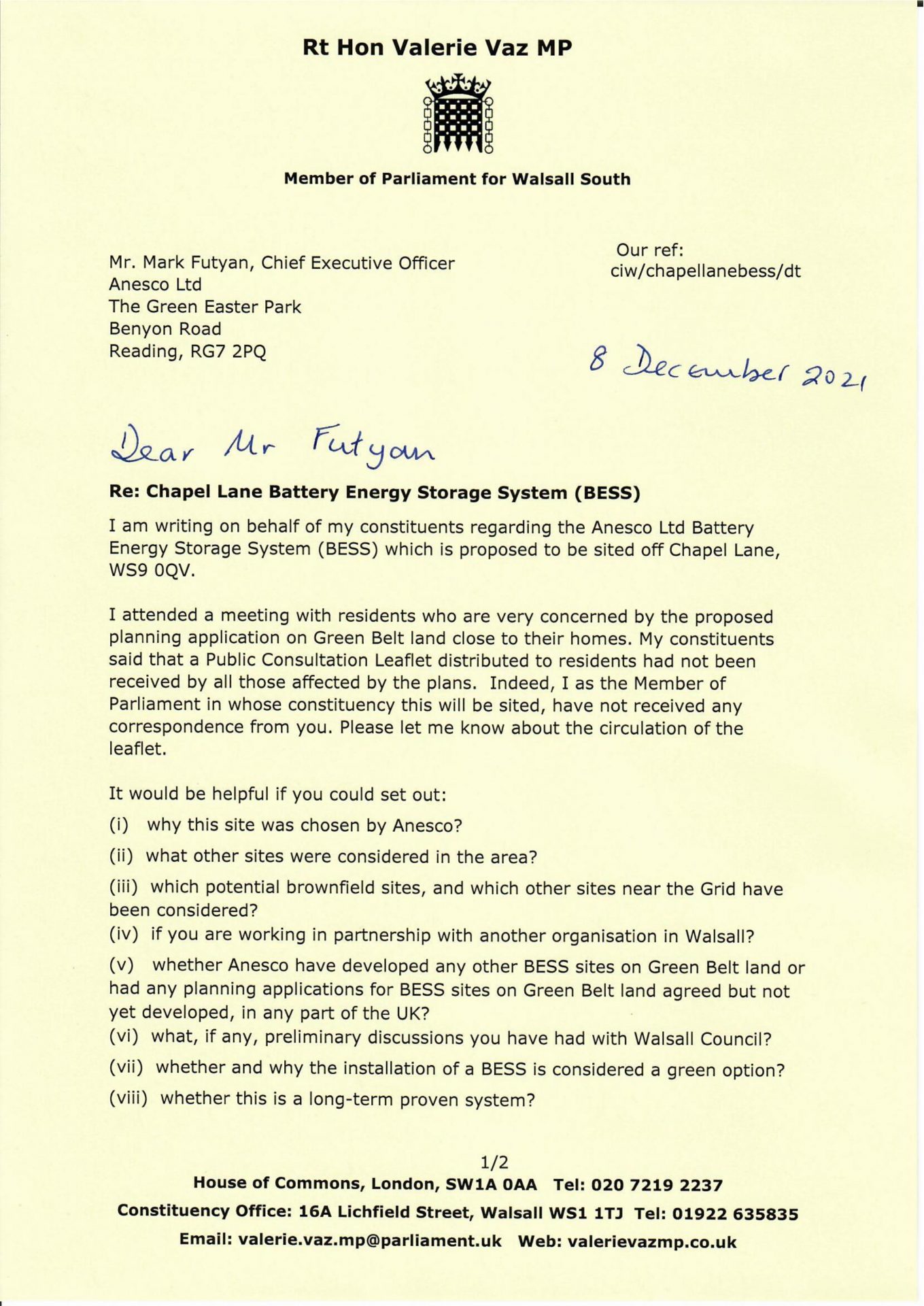 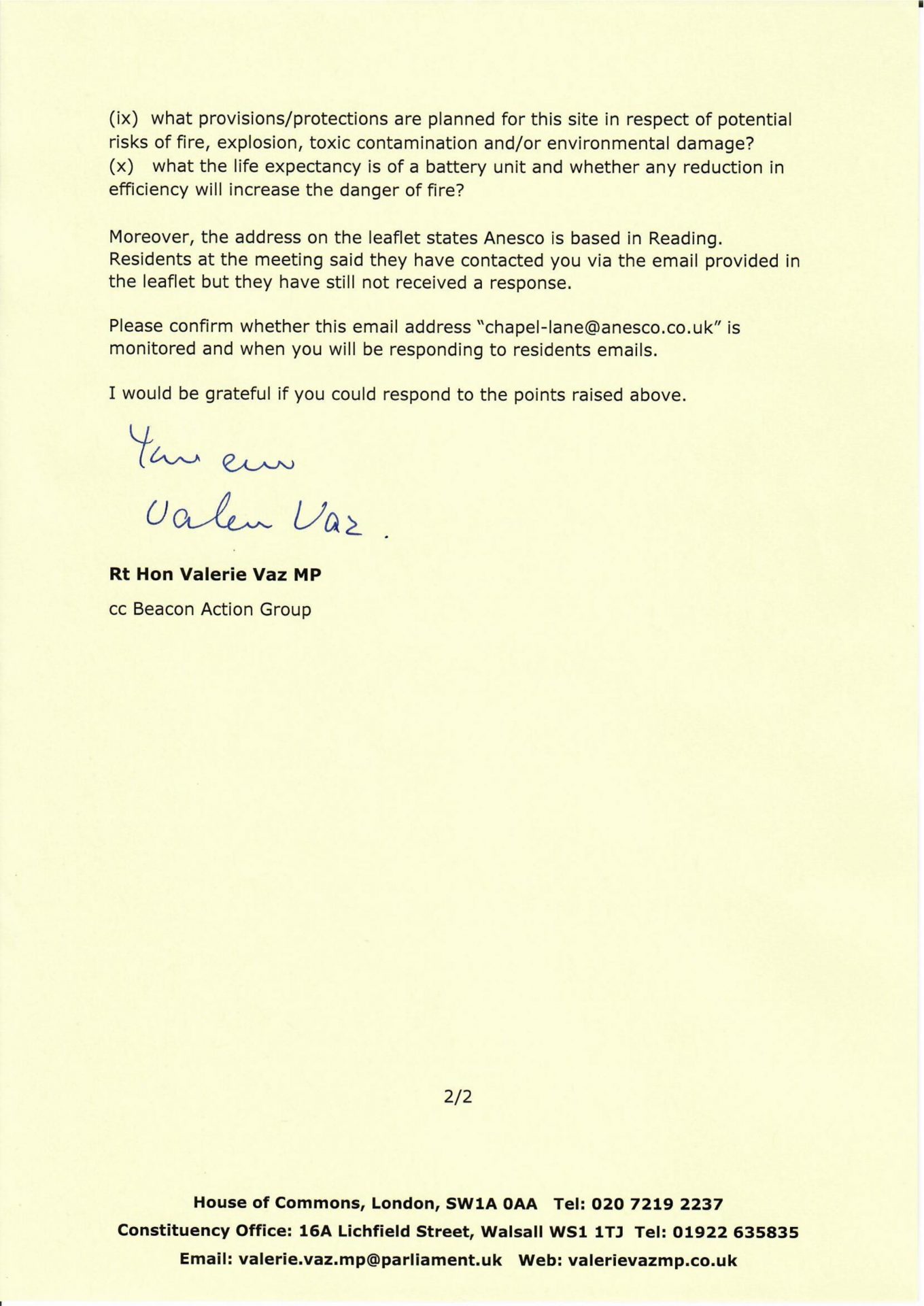 “At a meeting with residents to discuss plans for a Battery Energy Storage System (BESS) on Green Belt land off Chapel Lane, my constituents raised their concerns on the proposed BESS on Green Belt land and are strongly opposed to this inappropriate development.”

“Anesco, the company proposing to develop the BESS, have not been transparent in their communication with residents. Despite contacting Anesco, many constituents complained about a lack of response from the company.”

“I have written to Mark Futyan, Chief Executive of Anesco Ltd to ask why this site was chosen, whether other more suitable locations were considered in the area,  and which potential brownfield sites and other sites near the Grid have been considered.”

My letter also asked Mr Futyan to confirm whether Anesco have developed any other BESS sites on Green Belt land in any other part of the UK, why the installation of a BESS is considered a green option, whether this is a proven long-term solution, and whether they have a track record of being involved with this provision in any other sites in the UK”.

“My constituents also raised concerns that should there be a fire, explosion, toxic contamination and/or environmental damage from the installation that the emergency services would not be able to access Chapel Lane, and whether any reduction in the efficiency in battery life will increase the danger of fire.”

“In their own leaflet, Anesco say that the grazing land off Chapel Lane will not return to its original state for at least 40 years. This is not a green option.”