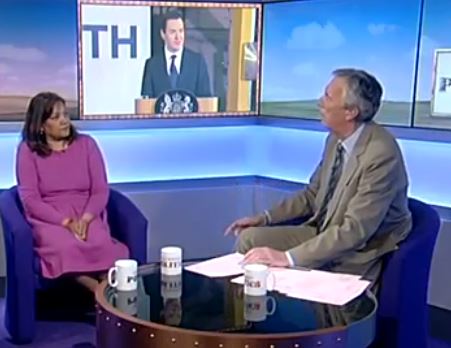 On Sunday 7 June 2015, I was a guest on the Sunday Politics West Midlands programme on BBC One. There were a range of topics discussed including the Government’s plans for devolution to cities, whether these plans should also extend to counties and whether we should still support HS2.

There are a number of matters reserved to the Secretary of State for Communities and Local Government s/he can take back from the combined authority if the Bill is passed.

I said that local government does not need any more excitement, it needs more cash. It needs money to invest in skills for local people. The high streets aren’t responding as much as they should be and nobody in Walsall wants to be Birmingham-lite. I don’t subscribe to trickle down economics.

My concerns are that they have started the Bill without the discussion. We should be having the discussion beforehand and this reminds me so much of the Health and Social Care Bill which fell apart and there had to be a pause. Some local authorities are already working together. I know Walsall MBC is working with other Local Authorities in the Black Country. This is a democracy by-pass.

On HS2 I am concerned about the costs of HS2 which have already increased. HS2 is in good hands with Sir David Higgins who is Chairman of HS2 and was part of the Olympic Delivery Authority, which delivered the London Olympics on Budget and on time. The announcement that the College of High Speed Rail will open in Birmingham is very good news for my constituents. We have lots of excellent engineering firms and the contracts are going to require the use of local firms.

It is important to balance HS2 with the environmental concerns.

I was also asked about my role on Labour Learning the Lessons Taskforce. I said that I would be listening to the evidence presented to us before reaching any conclusions and speaking to those who won and lost.

You can view the Sunday Politics Midlands here.