HomeNewsBudget Does Not Address Cost of Living Crisis

Budget Does Not Address Cost of Living Crisis 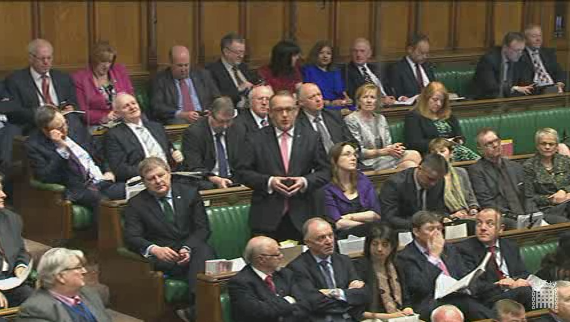 On Wednesday 19 March 2014 the Chancellor presented the Government’s annual Budget.
Valerie Vaz MP said:
“According to the independent Office for Budget Responsibility, people are £1,600 a year worse off. This is not a budget for everyone.”
“The Chancellor announced help for those who have savings, such as ISAs. Scottish Widows have found that 1 in 5, 9 million UK adults, have no savings at all because they are paying down debt.”
“It is inexcusable that NHS staff who are at the front line have been singled out not to get a public sector pay rise of 1%. The Government orchestrated a devastating £3 billion top-down reorganisation of the NHS but NHS staff will only get their incremental pay rise which is below inflation, resulting in a pay cut in real terms.”
“The Budget made no mention about youth unemployment which under this Government has increased. The number of young people on the dole for over a year has almost doubled, with a thousand people aged 18-24 in Walsall South claiming Job Seekers Allowance. According to figures released yesterday Walsall South has the 41st highest unemployment rate. The Budget that was laid out will not help reduce unemployment in Walsall South or tackle the cost-of-living crisis that many people across the country face.“The Chancellor said there is money for potholes which is useful for places such as Oxford Street and Bescot Crescent in Walsall South but said nothing about funds for rebuilding schools such as Joseph Leckie Academy.”
Further Information:
Labour’s Budget Plan:
1. Freeze energy bills until 2017 and reform the energy market to stop customers being ripped off.
2. Cut taxes for 24 million working people on middle and low incomes with a lower 10p starting rate of income tax.
3. Make work pay by expanding free childcare to 25 hours a week for working parents of 3 and 4 year olds.
4. Put young people back to work, with a job the young unemployed have to take – paid for by a tax on bank bonuses.
5. Get 200,000 homes built a year by 2020 and cut business rates for small firms.
6. Balance the books in a fairer way by reversing the £3 billion tax cut for people earning over £150,000.

More information on the Budget can be found here: https://www.gov.uk/government/topical-events/budget-2014

More information on the Office of Budget Responsibility can be found here: http://budgetresponsibility.org.uk/