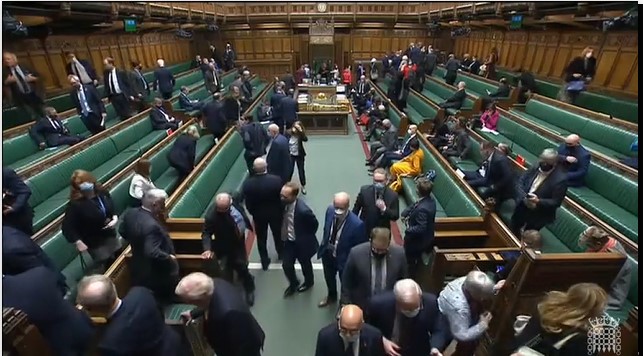 On Tuesday 2 November 2021, the House of Commons voted on Resolutions to the Autumn Budget. There were two divisions on a decrease in corporate surcharge and on the attribution of trade profits to a tax year.

I voted against lowering the bank Corporate Tax Surcharge announced by the Chancellor for a surcharge cut from 8% to 3%. The surcharge is an additional charge on the profits of banks that is calculated on the same basis as corporation tax. It is not fair that bankers’ profits should be taxed less at the same that the government is increasing taxes for families.

The motion on Surcharge on banking companies:  “That (notwithstanding anything to the contrary in the practice of the House relating to the matters that may be included in Finance Bills) provision taking effect in a future year may be made altering the percentage specified in section 269DA(1) of the Corporation Tax Act 2010 and amending Part 7A of that Act so as to alter the amount of the surcharge allowance.”    The motion passed  Ayes: 319 – Noes: 230.

Trading income for unincorporated businesses (self-employed sole traders and partnerships) to be attributed on the basis of profits or losses arising in the actual tax year. I voted against this.

The motion was: “Income tax (attribution of trade profits etc to a tax year) That (notwithstanding anything to the contrary in the practice of the House relating to the matters that may be included in Finance Bills) provision may be made taking effect in a future year altering the attribution to a tax year of the profits of a trade, profession, vocation or property business.”   It passed Ayes: 319- Noes: 231.