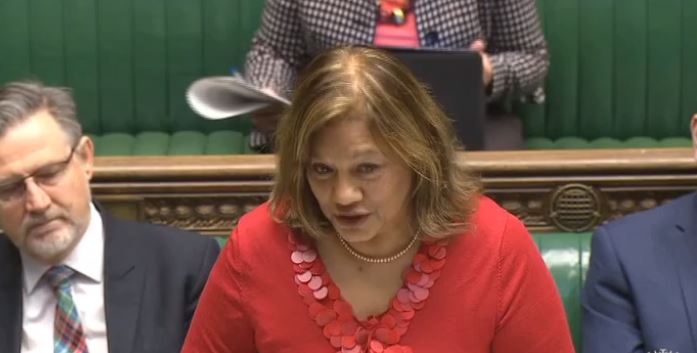 On 20 October 2016, as Shadow Leader of the House, I started Business questions by calling for the Government to announce the forthcoming business.

Below is my full speech in full:

When I was first appointed to this job, I was told, “There’s no power.” I am therefore pleased that after I raised the issue of Marmite last week, we got a result by the end of the day. Bob Dylan has been awarded the Nobel prize for literature but has not contacted the academy, so we say to Bob, “Please contact the academy.” I thank the hon. Member for Perth and North Perthshire (Pete Wishart) for his kind comments last week. As a composer, perhaps he can spot the subliminal messages to Bob.

We are governed by a Government of urgent questions and, if we are lucky, statements. Now we are to have a statement on the crisis in the funding of pharmacies. However, it took an urgent question by my hon. Friend the Member for Barnsley East (Michael Dugher), which you granted, Mr Speaker, to get the Minister to come to the House today. May I ask the Leader of the House, why a statement and not a debate? The Minister responsible has said that the Government have proposed a way to reduce the £2.8 billion currently paid to the sector, but that the Pharmaceutical Services Negotiating Committee has rejected it. In February, the Health Secretary said that “pharmacists have a very important part in the future of the NHS.”—[Official Report, 11 February 2016; Vol. 605, c. 1775.]

So why the cuts?

On 25 April, the Health Secretary commended the important role “that pharmacies can play in solving absolutely any problem that the NHS faces.”—[Official Report, 25 April 2016; Vol. 608, c. 1170.]

And in July this year, he said that “this is the right moment to rethink the role of pharmacies, and consider whether we can be better at tapping into the incredible skills that pharmacists have as trained clinicians, which I do not think we make the most of.”—[Official Report, 5 July 2016; Vol. 612, c. 733.]

So why the cuts? The Health Secretary is a jokerman. If it’s all good, why is he cutting the budget for the sector, much of which is made up of small businesses on which many communities rely as a lifeline?

For the second time this week, we have government by urgent question. Only last week I mentioned the reversal of the economic policy of the right hon. Member for Tatton (Mr Osborne), and here comes another reversal. Can we have a full debate, not just a statement or an urgent question, on the sale of annuities? Dragged to the House on a U-turn so spectacular that we cannot see around the bend, the poor Minister responsible said that after extensive research, it was clear that a secondary market would not be able to offer this scheme. There were many unanswered questions. For instance, when did the Government first do the extensive research? Did the former Chancellor not look at the evidence in March 2015, or was this just a means of stimulating the economy using people’s hard-earned savings while pursuing austerity measures? The answer, Mr Speaker, is blowin’ in the wind.

Will the Leader of the House make a statement to explain what the Secretary of State for International Development meant when she said that the Government cannot reveal their hand on negotiations to exit the EU because one does not do so when one plays poker? Poker, Mr Speaker? Are the Government gambling with the lives of the British people? Even Margaret Thatcher had a negotiating position. It was “No, no, no”, or “I want a rebate”. The Government say that they cannot reveal a negotiating position; we say that that is basic accountability. The only answer from the Government is that a hard Brexit’s a-gonna fall.

The debate or statement on airport expansion in the south-east, which was scheduled for next week, has now been postponed yet again. The Prime Minister made her intentions clear, but only in a response to the hon. Member for Bedford (Richard Fuller) at Prime Minister’s questions. She said that “this Government will take a decision, but then a formal process has to be undertaken. The Government will identify their preferred site option. ​That will go to a statutory consultation, and then the Government will consider the results of that consultation”.—[Official Report, 20 October 2016; Vol. 615, c. 802.]

I think that is Davies part 2. What of the timetable for implementation—the second part of the question that was not answered—and the further work on noise pollution, environmental issues and compensation from Davies part 1? Will those take place? Members of the Cabinet are on different sides of the debate—they are all tangled up in blue.

I want to place on record my thanks to the former Prime Minister and his wife Samantha for their unstinting support for epilepsy charities, much of which goes unnoticed.

Tomorrow, we remember the 50th anniversary of the Aberfan disaster in which 114 children and 28 adults lost their lives. I hope that wherever a flag is flown in our one nation tomorrow, it will be at half-mast.

Our colleague, friend and supporter of the vulnerable, Jo Cox, gave great service to her country through her public service, and so rightly deserves a plaque in this Chamber.