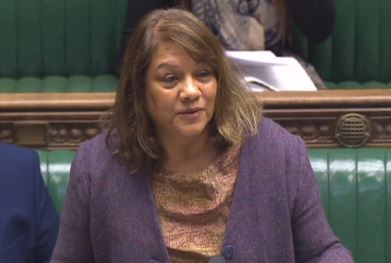 At Business Questions this week, following on from the Opposition day debate yesterday, I raised the NHS Winter Crisis. This year we have seen the NHS cancel operations and people left waiting on trolleys. The Care Quality Commission decided to suspend routine inspections because of the winter pressures. Today has seen an announcement by NHS providers that they cannot deliver, as set out under the NHS constitution, safe, decent standards of patient care. The Government say that the “NHS has never been better prepared for winter”, but that is not the reality in hospitals.
Here are the issues I raised:
I thank the Minister for turning up and taking Business questions, and for setting out Government business. I know that the Leader of the House has an important engagement. As the Minister said, the hon. Member for Northampton North (Michael Ellis) has done an admirable job. He has now been promoted—perhaps he is irreplaceable—and we thank him for all his work. Will the Minister please confirm whether there will be a new Deputy Leader of the House? Following your suggestion to those on the Treasury Bench yesterday, Mr Speaker, will the Minister ensure that the list of those with ministerial responsibilities is updated as soon as possible?
I am not sure whether Bananarama was on the Prime Minister’s playlist, but I wonder whether Members recall the song that goes:
“It ain’t what you do, it’s the way that you do it, and that’s what gets results.”
The reshuffle was the same old, same old people—new titles, but all the responsibilities were already in their departmental portfolios. Will the Minister ensure that the change of titles does not lead to any further cost to the public purse? It seems that men can say no, and the PM goes, “all right then”, but when a woman says no, she is sacked. To paraphrase the Prime Minister, there really are boys’ jobs and girls’ jobs, and we wait to see what the fall out will be.
It seems that the Government are following what the Opposition are doing. The Opposition already have a Minister responsible for housing and a Minister responsible for social care at shadow Cabinet level, and that is now policy. The Government have announced no vote on fox hunting, and measures on wild animal in circuses. The Wild Animals in Circuses Bill was introduced by former DEFRA Minister, my hon. Friend the Member for Poplar and Limehouse (Jim Fitzpatrick). He put that through in September 2014 and the Government have done nothing. The Government now say they will introduce legislation, so could the Minister please confirm that it will not be another four years before we get legislation to ban wild animals in circuses? It seems that the Government have really gone from hunting animals to hugging animals.
The Secretary of State for Transport is missing—missing on the day that the rail fares were increased by 3.4%, the highest increase in five years, and missing the opportunity to explain to the House why, when the Passenger Focus survey found that 91% of people are satisfied with the east coast main line that returned £1 billion to the Treasury, the Government sell it off, with no explanation of why the franchise is terminated and the taxpayer has to bail out the companies. May we have a statement from the Secretary of State for Transport—he was present for our Opposition day yesterday—not only on the projected profits if the service had remained in public hands, but on the full costs of the bailout? Yet again, the Government did not vote in favour of our Opposition day motion, or oppose it or even amend it.
There seems to be a fatal flaw in the Government’s arguments. They say they planned for the winter, so my hon. Friend the shadow Secretary of State for Health was right when he said that the crisis was preventable and predictable. The evidence in the NHS is clear: cancelled operations and people waiting on trolleys. My friend and constituent Tassidiq Khan was discharged from New Cross Hospital on 15 December and I spoke to him. By 2 January, he had had a huge heart attack and was dead. The Secretary of State has to take responsibility and be accountable. If there are no concerns on behalf of the Government, why has the Care Quality Commission decided to suspend routine inspections because, it says, of winter pressures? Did the Government plan for that? Could we have a statement on today’s announcement by NHS providers that they cannot deliver, as set out under the NHS constitution, safe, decent standards of patient care?
This is about accountability and responsibility. My hon. Friend the shadow deputy Leader of the House—as we have a deputy shadow Leader of the House—has written an excellent article in the Health Service Journal about accountability. Mr Speaker, you will recall that Nye Bevan said that if a bedpan dropped in Tredegar, it would be heard in Whitehall. We say it is the other way round: what happens in Whitehall should be heard at a local level. It is accountability that is the most important, yet it seems that if companies do not get contracts, they sue and are paid out of public money; if and they cannot fulfil the contracts, they are bailed out by public money. Either way, the public are paying.
Could the Minister please tell the House the Government’s position on the inquiry announced today by the Commissioner for Public Appointments into the Government’s failure to follow due diligence in appointments to the Office for Students? Why had the Minister concerned not done the appropriate checks?
Finally, as we celebrate 100 years of women being able to vote, I hope we can also celebrate that, wherever people work, they are paid equally, whether called Carrie or John. Like the Minister, I welcome everyone back to the House and wish them a very happy new year.