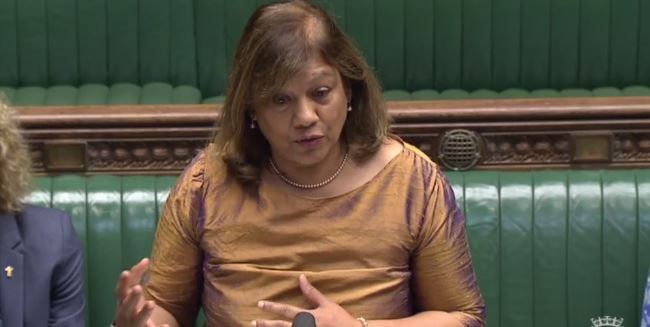 It is the last day of Parliament before Summer Recess and I raised various issues with the Leader of the House, Andrea Leadsom MP. My speech is below:

I thank the Leader of the House for giving us the forthcoming business. I am afraid I have not been informed of any Opposition day—not even a careless whisper. Let me make it clear again: the Opposition had to call a debate on Monday because there was no discussion with the Government on our right to have those Opposition days. The Government need not have had that debate; they could have said, “Yes, have your Opposition day on Monday.”

This is a Government struggling to get a grip. Back Benchers are calling for the sacking of the “donkey Ministers”, with Tory grandees describing them as ferrets in a sack. The EU knows that the current Government are without authority, with the Prime Minister having to call for calm. Is this the image of the country that we want to present to the world?

The Conservatives do not want to debate major policy issues; they would rather discuss the leadership crisis than debate or appoint to their Select Committees. We already have our Chairs in place and have decided our membership of the Committees. The Chairs could have called a meeting this week to set out their programme, and then had a meeting in the next sitting. The public cannot even present their petitions.

In the excellent speech of my hon. Friend the Member for Bristol North West (Darren Jones), he said:

The Leader of the House in her subsequent point of order confirmed that she is one of the group trying to take over, and did not even support her Prime Minister by saying that she was not a lame duck Prime Minister: still the nasty party. This obviously is a Portillo moment: not putting in the phone lines, but a run on SIM cards. I would contrast that and seven years of a Government who are not working for the many with our vision for all stages of life spelled out in 124 pages of a manifesto that is on its third reprint. [Interruption.] I have five minutes.

The electorate believed us, not the robotic tautological mantras. That is why we need an Opposition debate to clarify some myths. Let me list some. Who actually is responsible for the financial crash? Not the Labour party. [Interruption.] Listen. The United States investment bank Bear Stearns collapsed in March 2008. In September 2008, Lehman Brothers collapsed. The problem was cheap money, house price bubbles, financial deregulation and sub-prime mortgages—remember those?

May we also have a debate on the NHS, please? Last week, a point of order was raised suggesting that my hon. Friend the Member for Ealing Central and Acton (Dr Huq) had described the NHS as a Labour institution. What she actually said was that it was a Labour-created institution. I refer hon. Members to the excellent book, “Nye: the political life of Aneurin Bevan” by my hon. Friend the Member for Torfaen (Nick Thomas-Symonds), and to chapter 10, page 133, which deals with the creation of the NHS. Let us contrast that with the book written by the Secretary of State for Health, who wants to privatise the NHS.

As women seem to be in the news at the moment, I want to mention some notable women who have passed away recently and to whom we have not yet paid tribute. Simone Veil was born in France and sent to Auschwitz. She carried the camp number that was tattooed on her arm. As a result of her experiences, she was passionate about peace in Europe and became the first female president of the European Parliament and established a woman’s right to choose in France, in very difficult circumstances. Sheila Michaels promoted the use of the title “Ms”. Maryam Mirzakhani became, in 2014, the first woman under 40 ever to win the Fields Medal for mathematics. Mary Turner was a trade unionist who fought for all of us to have a better life. She started her working life as a dinner lady and became president of the GMB, president of the TUC and chair of the Labour party. She was a giant of the Labour movement. She was formidable, and I can only ever remember her smiling. She will be sadly missed.

Those women’s inspiration lives on in the six schoolgirls from the Afghan robotics team who beat the Trump ban and took silver in the first global robotics event, as well as in England’s cricket team in the world cup final and our football team in Euro 2017 this Sunday. I think that the hon. Member for Livingston (Hannah Bardell) played alongside some of the Scottish team. Maybe she should have been in the team! This month we also celebrate 100 years of the Women’s Army Auxiliary Corps. And not only can we drive trains, but we are now driving the Tardis.

I want to thank everyone from the Speaker’s Office, the Speaker and all the Deputy Speakers, the Office of the Clerks, and the Doorkeepers, all of whom make our lives very easy. I also want to thank Hansard, the House of Commons Library and of course all our staff. I say to every hon. Member on both sides of the House that we had a very difficult time during the lockdown and we then went straight into the general election. I know that it has been very difficult, and I wish every Member, new and old, a peaceful and restful summer.