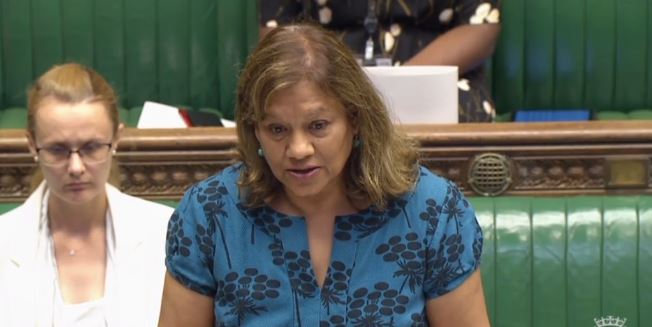 May I start by welcoming the Leader of the House to her new post and to her first business statement? I also wish to pay tribute to the right hon. Member for Aylesbury (Mr Lidington). He was an excellent Leader of the House and will make a fine Lord Chancellor, protecting the independence of the judiciary as we uphold the rule of law.

One of the conventions in this place is that when a statutory instrument is prayed against, the Government will provide time for a debate. Because of the general election, the personal independence payment regulations, the tuition fee regulations and the rape clause were not debated, although they were scheduled for debate on 19 April. Will the Leader of the House find time for debates on those regulations?

This wonderful resilient country of ours is grieving—from Manchester to London Bridge, Westminster to Finsbury Park, and Kensington to Batley and Spen. The pain of loss may lessen, but it never goes away and lives are changed forever. As we hear about those lives, we mourn the loss of talent for this country.

Earlier today, the Prime Minister made a statement on Grenfell Tower. I am not sure why it took a week for her to confirm that all the people who were affected could finally be housed nearby and that any payments made to them will not affect any other entitlement.

May I ask the Leader of the House to confirm—perhaps she could do it in a letter and place it in the Library—that the number of counsellors for firefighters was reduced from 14 to two under the previous Mayor of London—now the Foreign Secretary? Kensington council has the reserves but not the staff to deal with the disaster. Other local authorities are helping. Ealing council, for example, is running the rest centre in Westway. Yesterday, the Prime Minister said that the disaster was the fault of the state at local and national level, but it is the elected members of the council and the Government who are responsible and accountable. The state, through its public servants, has responded brilliantly. It is blameless.

There seems to have been some confusion about the review of building regulations. The review, which was recommended by the coroner in 2013, was announced by the former Member for Croydon Central—now the Prime Minister’s chief of staff—in October 2016, but when asked when it would take place, we were told that it would be in due course. Will the Leader of the House make time for a statement on that before the inquiry?

The Government want to consult again on social care, but the independent Dilnot commission reported in 2011. Will the Leader of the House tell us whether the Dilnot report will be part of the consultation, or will it now be abandoned? Will it be yet another report that is not actioned? Dilnot costed his proposals at £1.7 billion. Simple maths tells us that the £3 billion top-down reorganisation could have saved the Government money.

It is unclear how Parliament will be kept informed during EU negotiations. Yes, we do want a running commentary so will the Leader of the House ensure that there is a timetable for a debate on the report-back on where we are with the negotiations? That is particularly important as the Chancellor appears to be providing a running commentary of his own, setting out his own different policy.

The Queen’s Speech mentions a new industrial policy. My hon. Friends the Members for Aberavon (Stephen Kinnock), for Gower (Tonia Antoniazzi), for Swansea East (Carolyn Harris) and for Swansea West (Geraint Davies) want a statement or a debate on the Government’s position on the Swansea bay tidal lagoon, which is part of the old industrial policy. Without a decision from the Government soon, the project may collapse, putting at risk 2,000 local jobs. Will the Leader of the House please say whether we can have that debate?

I want to welcome new Members and say goodbye and thank you to former ones. Some Members used to turn up regularly to business questions and they are no longer here. I want to make a special mention of my hon. Friend the Member for Kensington (Emma Dent Coad). The people put their trust in her and she has repaid it, showing them what a great MP she is.

This time last year, we all came together to remember another brilliant colleague. We will have a permanent reminder in this Chamber of her campaigning zeal, her energy and her love for humanity. Helen Joanne Leadbetter Cox will be a permanent reminder to us that we will not be divided by hate as we work in this place for the common good and in the public interest of our United Kingdom.