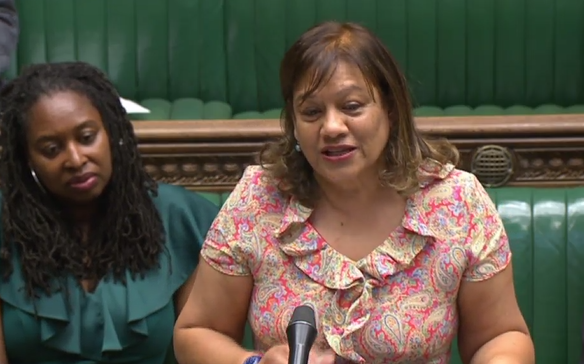 The Philip Augar review suggested that tuition fees should be reduced from £9,250 to £7,000. However, the Government announced in a written statement that the maximum tuition fee will remain at £9,250 for the 2020-21 academic year. Some parents can afford to pay the tuition fees up front. This really is a tale of two Britains.

I thank the Leader of the House for the forthcoming business. This is not exactly an energised list. I thought we were all supposed to be energising for the future, but maybe we can look forward to a further energised list. I want to start by thanking the right hon. Member for Central Devon (Mel Stride) for engaging in such a supportive way in the House. He really wanted to know how the House worked. I congratulate the Secretary of State for Business, Energy and Industrial Strategy, the right hon. Member for South Northamptonshire (Andrea Leadsom) on her new role. I also want to thank a former Leader of the House, the right hon. Member for Aylesbury (Mr Lidington), who has stood down from his Front-Bench post after 20 years. He started as a special adviser to Douglas Hurd. I hope we see the like of those people again in the Conservative party.

I, too, want to pay tribute to Paul Evans, who has been absolutely fantastic. He has had a distinguished career in the House. He has been very supportive when I have asked him questions, and he has been really assiduous in the kind of work that he has done and in the Committees. If anyone cares to look at his “Who’s Who” entry, they will see that his recreations include the British constitution, walking, silence and empty places. Paul, how have you survived 38 years in the House of Commons? It is interesting that he likes the British constitution. I do not know why he is retiring—we need him more than ever now.

I welcome the Leader of the House; it is great to see him in that place. Perhaps I can suggest a few things to him. He does have staff, so the nanny can stand down. I know his previous job was to send googlies and a full toss to the Government, but he now has to try to get the business through. Along with the hon. Member for Perth and North Perthshire (Pete Wishart), I want to ask him whether he will get a complimentary copy of “Erskine May” for us. We should not really have to buy it. I know it is online, but it would be really helpful if the main opposition parties had a copy.

Let me talk about the way that this happens. The deal is that I ask about business and the Leader of the House is supposed to respond. We usually get two weeks’ business; I wonder whether we could go back to the discipline of two weeks. I have a few questions for him. What is going on with the conference recess? Is proroguing still on the menu? Can he rule that out? We know that the Prime Minister gave a mini manifesto on the steps of Downing Street. When will we have a new Session of Parliament? This has been the longest. The previous Leader of the House said that we had used up our allotted Opposition days; can we have some unallotted days?

What a mandate, what a ringing endorsement—less than 0.4% of an electorate. Some 46.8 million citizens can vote in a general election, but the Prime Minister was selected by 92,000 people—92,000 people, taking back control. He has not won the support of our country. The Prime Minister talked about the awesome foursome, but what about the gruesome twosome? I know that the Leader of the House respects Parliament, but given that the special adviser to the Prime Minister refused to obey an order of this House and is actually in contempt of Parliament, will the Leader of the House please say whether the special adviser can come to the Floor of the House while he is in contempt of Parliament? Will he get a pass? Perhaps we need counsel’s advice on this.

I know that the Leader of the House respects Parliament. There was a message sent from the Lords about a Joint Select Committee; will he look into that? I know that his predecessor, as we finished business questions, was on the way to the Lords. It is not difficult to set up a Joint Select Committee. There is not much work in the first week back. We know that the Exiting the European Union Committee has already produced a report on the effects on business under no deal. It cannot be difficult to set up a Select Committee, take the evidence that already exists and produce a report.

While the Tory party has been appointing its new Prime Minister, unprecedentedly, there have been 70 written statements—that is absolutely outrageous—over three days. There have been important ones, including one on the school teachers review body. What does it say in that statement? Yes, teachers can get a pay rise, but the Government are going to give only 0.4% to support them. The rest has to come from their own budget—2% from their own budget. This really is a tale of two Britains.

On the Philip Augar review, the previous Prime Minister said that she wanted to see it implemented, whereby tuition fees should be reduced from £9,250 to £7,000. However, the written statement says that the maximum tuition fee will remain at £9,250 for the 2020-21 academic year. Some parents can afford to pay the tuition fees up front. This really is a tale of two Britains, and, on the same day, the Secretary of State for Transport revealed that the cost of Crossrail has escalated.

As a keen parliamentarian, will the Leader of the House ensure, through the usual channels, that some of those written statements are debated on the Floor of the House? We can make an agreement and perhaps we can have a debate, given that the business is so light for the first week back.

The Leader of the House will know, I hope, that I have made a pledge that I will raise the case of Nazanin Zaghari-Ratcliffe every week until she is free. Richard Ratcliffe said that Nazanin returned to prison and that it was like proper torture. Will the Leader of the House raise this with the Prime Minister, and will the Prime Minister make amends by meeting Richard Ratcliffe as soon as possible and make that important phone call to the Iranian Government? A five-year-old girl is growing up not knowing what it feels like to hug and kiss her parents. The Leader of the House will know, as a father of six, how important that is.

I want to say thank you, Mr Speaker, to you and your staff and the Deputy Speakers for their unfailing courtesy and help to me; to the Leader of the House and all his staff; to the Clerks; to Phil and his team of doorkeepers; to the House of Commons Library; to the official reporters; to the catering and cleaning staff; to the postal workers; to security; and to our officers and Chief Whip, and his staff. I also welcome the new Government Chief Whip, who has actually shown me personally some kindness. I thank him for that.

All sorts is going on in our Whips Office: my hon. Friend the Member for Ogmore (Chris Elmore) has got married, Devena has got married, Millie has moved to the Department for Education, and we welcomed Keir William Stocks Sullivan on Monday 22nd—I send good wishes to Simon and his wife. Finally, I thank Sam Clark, who has been in the usual channels departments of the Opposition and the Government for six years. He is going to restoration and renewal—another big thing for the Leader of the House. I hope Sam will enjoy lots of Mars bars—that is a private joke. I obviously thank everyone in my office.

I say to each and every hon. Member: I know how hard this time has been, and I hope you all have a restful and peaceful summer recess.