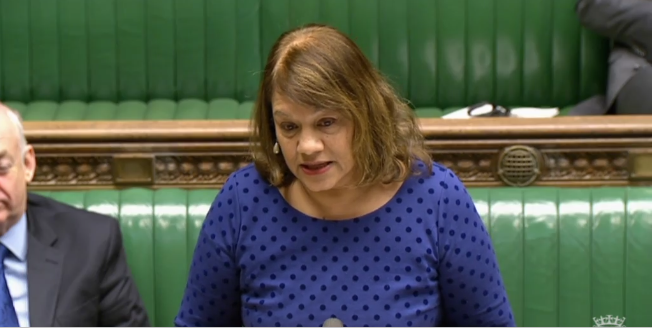 At Business Questions I raised various issues with the Leader of the House, Rt Hon David Lidington MP. My speech is below:

Thank you, Mr Speaker. Your comments are duly noted.

I thank the Leader of the House for the business. Will he confirm that 20 July will the date on which the House rises for the summer recess? The great repeal Bill will be in the Queen’s Speech: will he let the House know when that will be debated?

The British people owe a debt of gratitude to Gina Miller. Because of her courage, the highest court of the land—the Supreme Court—confirmed that it is inconsistent with longstanding and fundamental principles that far-reaching constitutional change should be brought about by ministerial decision or action alone, as it requires an Act of Parliament.

Has the Prime Minister got the memo that Parliament is sovereign?

White Papers are a tool of participatory democracy, not an unalterable policy commitment. Earlier this week, my hon. and learned Friend the Member for Holborn and St Pancras (Keir Starmer) and 13 other Members from across the House asked for the White Paper. The Secretary of State for Exiting the European Union on Tuesday did not, could not or would not answer. Instead, the Prime Minister announced it in response to a question at Prime Minister’s Question Time. Will the Leader of the House please confirm whether all policy U-turns are now to be so announced? If so, will we have to negotiate an extension for Prime Minister’s Question Time?

Will the Leader of the House respond to what hon. Members have asked for today? Will the White Paper and the risk assessments be published before the Committee stage—in the coming two weeks? The Government clearly do not do process or substance. The Secretary of State said:

“What we have come up with…is the idea of a comprehensive free trade agreement and a comprehensive customs agreement that will deliver the exact same benefits as we have”.—[Official Report, 24 January 2017; Vol. 620, c. 169.]

Staying with the EU, will the Leader of the House find time for a debate on the comprehensive economic and trade agreement between the EU and Canada? The Secretary of State for International Trade has apparently given a commitment on behalf of the Government before the plenary vote in the EU on 15 February, and confirmed to the Chair of the European Scrutiny Committee that he had overridden parliamentary scrutiny. I am sure that the Leader of the House will say something about that.

The Government cannot use the Brexit shambles as an excuse for policy failures or fiscal irresponsibility. May we have a debate on the National Audit Office report on Her Majesty’s Revenue and Customs’ contract with Concentrix? Some £23 million was paid as commission to the firm on a contract worth £32.5 million. I and many other hon Members have constituents who have suffered extreme hardship having had their tax credits taken away. If the Government can find £23 million for a commission to Concentrix, could any damages for breach of contract be set aside and £10 million be provided to cover the costs of child burial? I refer to the campaign started by my hon. Friend the Member for Swansea East (Carolyn Harris) in memory of her son Martin.

May we also have a debate on the climate change risk assessment report published on 18 January? The report highlighted urgent priorities. It said that more action was needed on flooding and coastal change risks; highlighted the risks to health from high temperatures; and pointed out the risk of shortages in public water supply. Despite this, there has been no speech or statement from Secretary of State for Environment, Food and Rural Affairs, and the Department’s Twitter account is silent. It is eerily similar to what is going on in the White House. Can we have a statement from the Secretary of State? As mothers, fathers, uncles, aunties and grandparents, we need to know what steps will be taken to protect future generations.

Will the Leader of the House raise the case of Nazanin Zaghari-Ratcliffe with the Foreign Secretary? She has had her five-year sentence confirmed, but it is not clear what the charges are. Representations must be made.

I am sure the Leader of the House and all Members will join me in celebrating the consecration of the first woman bishop in Wales, Canon Joanna Penberthy, who will be Bishop of St David’s—a great little city.

Finally, whatever the shape of the Bill to be published later today, I would like to remind hon. Members that the procedural hub is open in the Library to help Members with amendments. Parliament is indeed sovereign.