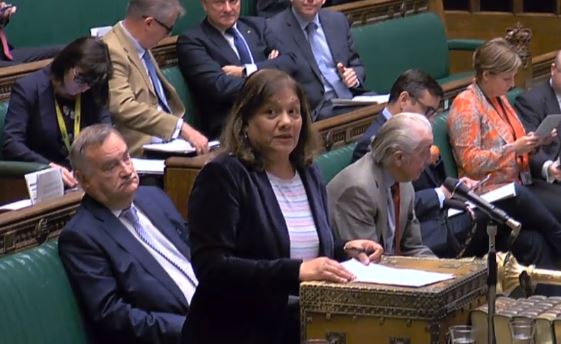 We have had no Trade Bill, no Fisheries Bill, no Agriculture Bill, no immigration and social security Bill and no financial services Bill—all lost. The Government simply do not want to do their job and bring their Bills back. It is no wonder that the Opposition parties have to seize the Order Paper.

May I first acknowledge the fact that the hon. Member for Perth and North Perthshire (Pete Wishart) cannot be with us today? I thank the Leader of the House for the business and for ensuring that the Government comply with the judgment of the Supreme Court, because Prorogation is now just five days. He could have saved all that trouble, but at least we now have a definitive judgment about the “capital A” Advice that the Government give Her Majesty using prerogative powers. That was found to be “capital U” Unlawful.

We have had no Trade Bill, no Fisheries Bill, no Agriculture Bill, no immigration and social security Bill and no financial services Bill—all lost. The Government simply do not want to do their job and bring their Bills back. It is no wonder that the Opposition parties have to seize the Order Paper. We need to use Humble Addresses to get the basic documents and impact assessments. As there is such a paucity of business in the House next week, could we have our Opposition day? The last one was on 12 June.

Section 1(4) of the European Union (Withdrawal) (No. 2) Act 2019 states that the Prime Minister must write and deliver a letter to the President of the European Council requesting an extension. Having read the judgment, the Leader of the House will know that Lord Diplock said that the Government

Will the Leader of the House therefore confirm that the Prime Minister will comply with the law and that the Law Officers have warned him of the consequences if he fails to do so?

Let me turn to other breaches. The Leader of the House will know how important it is that Ministers stick to the ministerial code and avoid real or apparent conflicts of interest. My hon. Friend the Member for Plymouth, Sutton and Devonport (Luke Pollard) has asked me to remind the Leader of the House that it is possible that the Minister for Defence People and Veterans, the hon. Member for Plymouth, Moor View (Johnny Mercer) broke the ministerial code when he did not resign from his paid job with a veterans company when he became Veterans Minister. My hon. Friend the Member for Bishop Auckland (Helen Goodman) raised a point of order on Monday on a possible conflict of interest.

The Leader of House will be aware that Crispin Odey, a donor to various parties and people, made £220 million overnight as sterling slumped after the 2016 referendum result. Given that the Government have taken the Labour party policy of having 20,000 more police officers and raising the real living wage to £10, will they now support the shadow Chancellor when he calls for an inquiry into the finance sector, including the regulation of hedge funds?

I hope the Leader of the House will now apologise to you, Mr Speaker, for what he said in his speech at conference, when he accused you of damaging the standing of the House in the eyes of the British public, bringing it to its lowest point in modern history. The Leader of the House should get out more, because if he spoke to people outside, he would realise that there are people cheering out there because of how you have made Parliament more relevant. And this from the person who slandered a good doctor and then had to apologise, and who slouched on these Benches because he felt entitled to and then had to apologise. Funnily enough, we thought he was one of your favourites, because you always called him before all of us when he sat on the Back Benches.

The Leader of the House has not updated the House on the British hostages held in Iran. These are British citizens used as bargaining chips. Nazanin’s health and mental health are deteriorating, because she must consider being separated from Gabriella, as Gabriella may return to school in England. This is cruelty. Could we have a statement next week on the Government’s policy towards protecting state-held hostages? Warm words are not enough. It is time to act.

It is Black History Month and I want to pay tribute to Dina Asher-Smith, and also to the shadow Home Secretary for her excellent outing yesterday, when she made history as the first black woman to speak at the Dispatch Box in Prime Minister’s Question Time. She put women at the heart of her questions, and I, too, pay tribute to my hon. Friends the Members for Dewsbury (Paula Sherriff) and for Walthamstow (Stella Creasy), and also to my hon. Friend the Member for Canterbury (Rosie Duffield), for their bravery. Black History Month reminds us of the contribution our parents made. They had to face terrible racism when they first came here. Racism is pernicious, whether blatant or unconscious.

Finally, Mr Speaker, I want to thank you and your office and all the House staff for ensuring that we returned after the unlawful Prorogation so that right hon. and hon. Members could rightfully take their places here in the House.