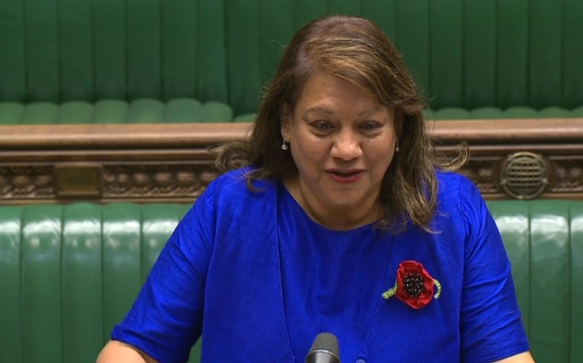 I welcome the right hon. Gentleman to his new position and congratulate him on his appointment. Perhaps we can talk later about whether he is going to give a speech every time he announces the business; I am happy to have the extra time too. I thank him for giving the forthcoming business and for restoring our Opposition day. I am pleased that he is starting off in the right way—long may that continue.

Can the Leader of the House confirm the dates for the summer and conference recesses? I ask that not because I do not want to be here—we do want to be here—but because I have heard rumours that the House might rise on 19 July. There is a new timetable for the election of the Conservative leader, and we need to ensure that the House is not in recess when the new leader—effectively the new Prime Minister—takes up his or her post. Does he agree that it is vital for the House to have an immediate opportunity to test whether the new leader of the Conservative party commands the confidence of the House?

I remind the Leader of the House that he holds democracy in his hands, which is a very precious thing. This is a minority Government, and he needs to respect that. Can he confirm the status of the confidence and supply agreement and whether it will have to be renegotiated with the new Prime Minister? I am sure that he has been briefed, but I will give him the figure again: it is 715 days since the Queen’s Speech. This is now the longest continuous parliamentary Session since the Acts of Union in 1800.

The Leader of the House is the voice of the House in Government. Can he assure the House that he agrees that Parliament is sovereign, and that Parliament has voted against a no-deal scenario? I say that because there are many candidates up and down the country coming here to have coffee and tea and talk to their colleagues, and they are saying various things. I am sure that he still respects his former colleague at the Treasury, the Chancellor, who said that the Conservative party is at risk of losing its “reputation for fiscal responsibility” as candidates fighting for the top job have made “unfunded” spending and tax-cutting pledges. Are those meaningful or un-meaningful pledges? Are they new policies? We need to know. As a former Treasury Minister, he knows that when someone makes a public spending commitment, they have to honour it. One of them is even talking about repealing the Health and Social Care Act 2012. Given that they have all been in the Cabinet, why did they not do those things at the time? Does that mean they are not very good at persuading their colleagues?

This Government are failing in their duty to bring forward important legislation. The Financial Services (Implementation of Legislation) Bill, the Immigration and Social Security Co-ordination (EU Withdrawal) Bill, the Agriculture Bill and the Fisheries Bill all need their Report stage, and the Trade Bill is stuck in ping-pong. Can the Leader of the House update us on when those Bills are likely to get their Report stage and when the Trade Bill will return to the House?

The House has resolved that there is a climate and environment emergency. I do not know about other Members, but I am already getting emails from people about the Environment Bill. The Environment Bill is required to put in place a domestic structure of environmental governance, but it is still to be published and is only in draft form. The draft Bill seems to exclude our cultural heritage from future environmental improvement plans. When the Leader of the House is having strategy meetings with his candidate, the Secretary of State for Environment, Food and Rural Affairs, can he ask him when the Environment Bill is likely to come before the House?

All the while, the UK manufacturing sector contracted in May for the first time since July 2016. The justice system is under threat while barristers are considering strike action in a dispute over legal aid rates and prosecution fees; that is about the rule of law. A shortage of qualified staff has become hospitals’ most pressing concern. The Royal College of Radiologists recently said that the shortage of cancer doctors “puts care at risk”. Also at risk is the community of Scunthorpe and, we learn today, the community of Bridgend.

Also at risk are children in Northamptonshire. Yesterday two Northamptonshire serious case reviews on the murder of two toddlers were published and widely reported, and they said that there was a serious failure, after child protection workers, police and the local authority missed crucial opportunities to intervene. An Ofsted inspection last year said that social workers and staff are inundated and are “drowning in work”. When will the Government make a statement on this horrific incident, and what steps are being taken to ensure it never happens again?

Mr Speaker, you can see why we need such debates. Given that the Government do not have much business or refuse to put business before this House, could the Opposition have that time because we could put forward how we see the future of this country? That is important because—and I join the right hon. Gentleman in saying this—on this day more than ever, we want to remember and thank the 22,442 British troops who gave their lives over the summer of 1944. They worked together to ensure, and they still ensure, peace and our freedom, fighting antisemitism, racism, fascism and injustice. Let us get this place and this country working so that we honour their sacrifice.