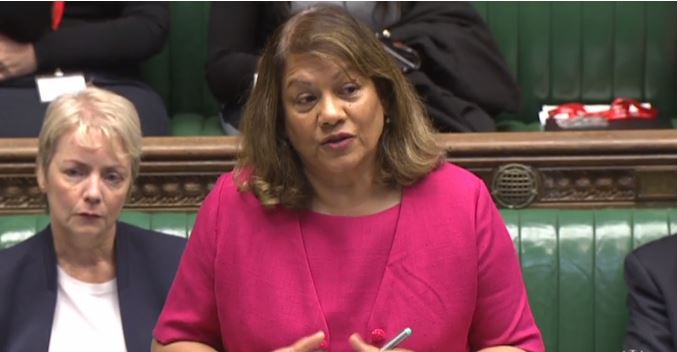 Below is my speech for the first Business Questions following the Summer Recess:

I thank the Leader of the House for giving us the forthcoming business and for tabling the motion on Select Committees. It has been drawn to my attention that the Chair of the International Development Committee does not appear to be on the list; I hope that will be rectified soon. Her Majesty’s Opposition have been ready for the Select Committees to start since July; nevertheless, they will be taking evidence next week, so I thank the Leader of the House for arranging that.

Look at what the Government have done to our children who were expelled because they missed out on a few grades. We teach our children that it is okay to fail; that is how we learn from our mistakes, and sometimes that is the spur that leads children to go on to do better things. We had the bizarre situation of parents having to threaten judicial review just to get their children back into education. May we have a statement from the Secretary of State for Education to make it clear that every child can have an education? Some headteachers do not appear to be abiding by the law.

Will the Leader of the House ask the Chancellor to make a statement on the fiscal rules? It seems that the Ministry of Justice broke Treasury pay rules for civil servants for a six-month period from last October by increasing the overtime pay rate for prison staff by £5 an hour. The Opposition agree with that increase, but I understand that there are Treasury rules. We need a statement on whether or not there are fiscal rules. We could do with that clarity for the NHS, because our nurses need to be paid.

The cherry-picking season is over. Look at what the Government have done to our health service. The Secretary of State for Health picked a fight with Professor Stephen Hawking, who rightly told him to stop the slide towards privatising the health service—a person who can explain a black hole against a Secretary of State who cannot even recognise a financial black hole. The sustainability and transformation plans are the second reorganisation of the NHS under this Government. There is a crisis in social care, £100 million will be spent on recruiting GPs from abroad, and the health service needs a cash boost of £350 million. After the Government’s defeat in the House of Lords yesterday on their decision to abandon the 18-week target time for treatment, will the Leader of the House please ensure that the Secretary of State comes to the House to explain this shredding of Government policy, because we have had silence from him? Otherwise, what is the point of the Secretary of State?

There has been more pain and distress for our constituents, as highlighted in last week’s United Nations report on people with disabilities. The report said that the UK has failed to ensure that the UN convention on disabled people’s rights is reflected in current law. Will the Leader of the House tell us when the Government will respond to the report, which found a persistent employment and pay gap for disabled people?

The Leader of the House mentioned the Brexit Bill; look what the Government have done to the Brexit negotiations. They should have allowed the civil service to use position papers to present the facts. That way, we would not now be seeing the whole thing unravelling. Clauses 7, 8 and 9 of the Bill state:

“A Minister of the Crown may by regulations make such provision as the Minister considers appropriate”.

Never before have Ministers been given such unfettered powers. Will the Leader of the House confirm how many statutory instruments will come before the House? Is it likely to be more than 500? Fewer than 1,000? Anyone from any party who believes in parliamentary democracy, the sovereignty of Parliament and the separation of powers should be against the Bill. The Government are playing Jenga with our economy and our rights.

I wish to touch on the eminent people who have recently died: our friend in the other place, Lord Garry Hart, who was a leading planning lawyer before he come to the Lords; Michael Siefert, who sent his lawyers to give free legal advice to people during the miners’ strike; Cardinal Cormac Murphy-O’Connor, the former Archbishop of Westminster; and of course Heather Heyer, who was mown down in Charlottesville for opposing racism and anti-Semitism.

Finally, I wish to draw the House’s attention to a film that is doing the rounds— “Dennis Skinner: Nature of the Beast”. What Members will find is that, like the sovereignty of Parliament, the beast of Bolsover will endure.