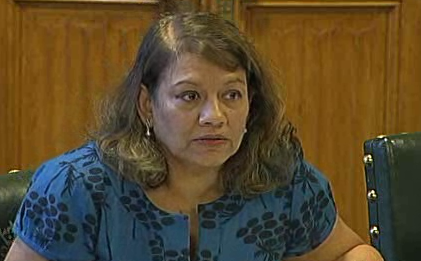 The Health Select Committee, of which Valerie is a member, held the annual accountability hearing for CQC and heard from the Chair, David Behan, and Chief Executive, David Prior.
Valerie said:
“In 2011 Southern Cross, who were a care home provider, became involved in a complex financial arrangement of lease and leaseback deals, resulting in its collapse and the Government having to step in. I asked David Prior whether the CQC would be in a position to detect the financial arrangements of providers such as Southern Cross and he said ‘no’. The CQC said that without financial expertise they would be unable to look behind the financial arrangements of providers. In my view the CQC need to put in place measures to do this so that we detect any company in financial difficulty before they collapse which could affect residents in private care homes.”
“The CQC were asked how extensive a recruitment programme will be required to make sure inspection teams have experienced and specialist senior inspectors who can fulfil the demands of an in-depth inspection. David Prior said that the CQC will need to recruit between 150 and 200 more inspectors early next year. When I asked David Behan to set out his view about using specialist inspectors who, at the time of the last accountability hearing, were only being used in 13% of inspections, he said that he was going to ‘reintroduce specialism. He made the same commitment h when he became Chief Executive over a year ago. I am concerned that the CQC said they are now recruiting deputy chief inspectors, more managers. In my view the CQC needs to progress the recruitment of more specialist inspectors, who are clinically qualified to judge the quality of care.”