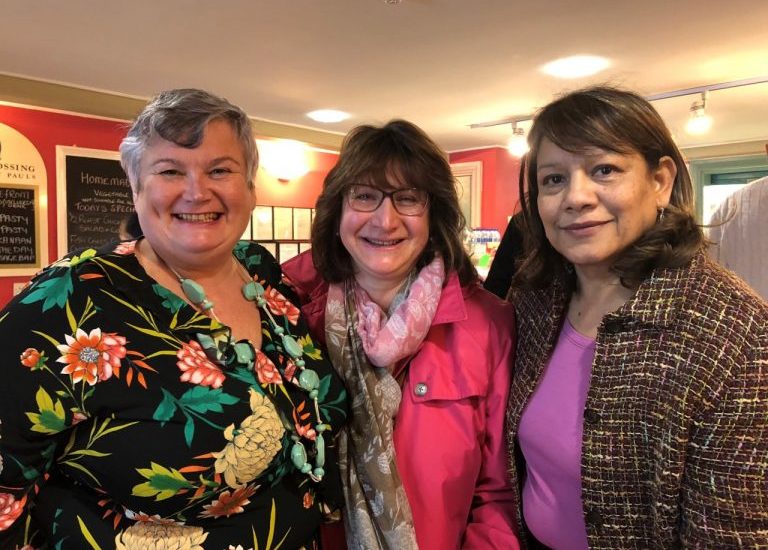 On Saturday 28 April 2018 I campaigned with Carolyn Harris MP in Walsall. Carolyn has been the Member of Parliament for Swansea East since 2015, is the Shadow Minister for Women and Equalities, and became Welsh Labour Deputy Leader on 21 April 2018.

Carolyn came to St Pauls’ at the Crossing and talked about her work fighting for a Children’s Funeral Fund after her own experience of losing a child in 1989. Carolyn had to take out a bank loan after Martin, aged 8, was struck by a car.

On 31 March 2018, the Prime Minister announced that she would support the policy which will be announced in the Budget later this year.

I am pictured with Carolyn and Debbie Madeley.