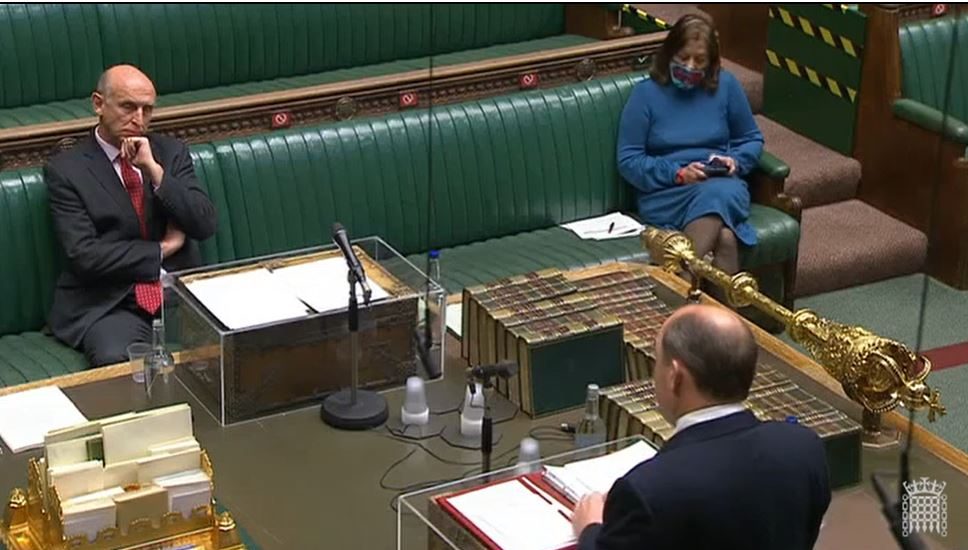 On Thursday 22 April 2021 the Defence Secretary, made a statement on the special committee review into the historical actions of the Commonwealth War Graves Commission. On behalf of the Government, the Secretary of State issued a formal apology for Britain’s failure to properly commemorate tens of thousands of black and Asian soldiers who died serving our country in World War One. You can read the full statement below:

I start by placing on the record my thanks and gratitude to the committee that compiled this comprehensive report, especially its chair, Sir Tim Hitchens, and contributing academics Dr George Hay, Dr John Burke and Professor Michèle Barrett. I am also grateful to the right hon. Member for Tottenham (Mr Lammy) who, alongside the makers of the Channel 4 documentary on this subject, provided the impetus for the establishment of the independent committee.

Today the committee’s findings are published. They make for sober reading. The first world war was a horrendous loss of life. People of all class and race from all nations suffered a great tragedy, which we rightly remember every year on Remembrance Sunday. Just over 100 years ago, what emerged from that atrocity was a belief by the survivors that all those who lost their lives deserved to be commemorated.

When the Imperial War Graves Commission was established, its founding principle was the equality of treatment in death. Whatever an individual’s rank in social or military life and whatever their religion, they would be commemorated identically. Unfortunately, the work of this report shows that it fell short in delivering on that principle. The IWGC relied on others to seek out the bodies of the dead, and where it could not find them, it worked with the offices of state to produce lists of those who did not return and remained unaccounted for.

Given the pressures and confusion spun by such a war, in many ways it is hardly surprising that mistakes were made at both stages. What is surprising and disappointing, however, is the number of mistakes—the number of casualties commemorated unequally, the number commemorated without names, and the number otherwise entirely unaccounted for. That is not excusable. In some circumstances, there was little the IWGC could do. With neither bodies nor names, general memorials were the only way in which some groups might be commemorated at the time.

None the less, there are examples where the organisation also deliberately overlooked the evidence that might have allowed it to find those names. In others, commission officials in the 1920s were happy to work with local administrations on projects across the empire that ran contrary to the principles of equality in death. Elsewhere, it is clear that commission officials pursued agendas and sought evidence or support locally to endorse 67 courses of action that jeopardised those same principles. In the small number of cases where commission officials had greater say in the recovery and marking of graves, overarching imperial ideology connected to racial and religious differences was used to divide the dead and treat them unequally in ways that were impossible in Europe.

The report concludes that post-world war one, in parts of Africa, the middle east and India, the commission often compromised its principles and failed to commemorate the war dead equally. Unlike their European counterparts, the graves of up to 54,000 mostly Indian, east African, west African, Egyptian and Somali casualties were not marked by individual headstones. Some were remembered through inscriptions on memorials. The names of others were only recorded in registers, rather than memorialised in stone. A further 116,000 personnel, mostly east African and Egyptian, were not named or possibly not commemorated at all.

There can be no doubt that prejudice played a part in some of the commission’s decisions. In some cases, the IWGC assumed that the communities of forgotten personnel would not recognise or value individual forms of commemoration. In other cases, it was simply not provided with the names or burial locations.

On behalf of the Commonwealth War Graves Commission and the Government of the time and today, I want to apologise for the failures to live up to the founding principles all those years ago and express deep regret that it has taken so long to rectify the situation. While we cannot change the past, we can make amends and take action.

There is also more the Government specifically can do. The Ministry of Defence I lead will be determinedly proactive in standing for the values of equality, supporting diversity and investing in all our people. There is always more to be done, and that is why I welcome the Wigston review into inappropriate behaviours and recently took the rare decision to let service personnel give evidence as part of the inquiry into women in the armed forces led by my hon. Friend the Member for Wrexham (Sarah Atherton) through the Defence Committee.

Furthermore, to honour the contribution to our armed forces by our friends from the Commonwealth and Nepal, the Home Secretary and I will shortly be launching a public consultation on proposals to remove the visa settlement fees for non-UK service personnel who choose to settle in the UK.

The historical failings identified in the report must be acknowledged and acted upon, and they will be. However, recognising the mistakes of the past should not diminish the Commonwealth War Graves Commission’s groundbreaking achievements today. The recommendations of the special committee should be welcomed by us all. They are not just an opportunity for the commission to complete its task and right historical wrongs; they point out what an amazing thing it is to serve our country and our allies.

The amazing thing I know from being a soldier is the relationships that are forged on operations. True soldiers are agnostic to class, race and gender, because the bond that holds us together is a bond forged in war. When on operations, we share the risk, share the sorrow and rely on each other to get through the toughest of times. The friendships I made in my service are still strong.

It was those common bonds that lay behind the Imperial War Graves Commission’s principles, and it is truly sad that on the occasions identified by the report those principles were not followed. I feel it is my duty as a former soldier to do right by those who gave their lives in the first world war across the Commonwealth and to take what necessary steps we can to rectify the situation. The publication of this report is the beginning, not the end, and I look forward to working with my colleagues across the House to ensure that the CWGC receives the support and resources it needs to take forward this important piece of work.”