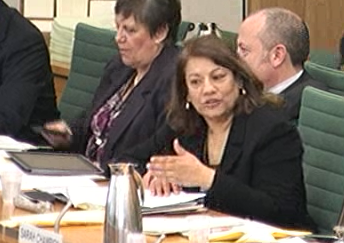 On Thursday 27 March 2014 the Committee discussed Clause 54 to the Criminal Justice and Courts Bill.

“We heard that the Government is putting through measures when judges are already doing what they need to do. It is another example of the mighty Executive trying to curb judicial freedom and cow the judiciary. It is up to a judge to decide on costs. They hear the evidence, and look at the complexities of the case and the behaviour of the parties. They look at everything in the round when dealing with costs. It is not possible to put into legislation everything that judges take into account when making orders for costs. The clause is simply another way of the Government trying to tell the judiciary what to do.”
“I urged the Government to look again at deleting the clause. It is unnecessary and will set up a constitutional conflict, as many of our witnesses explained. The judiciary has a way of dealing with the issue and there is no need to tamper with the work it does. If we do not delete the clause it will have a huge effect on the way in which our judicial system operates.”
More information about the Public Bill Committee on the Criminal Justice and Courts Bill can be found here: http://services.parliament.uk/bills/2013-14/criminaljusticeandcourts/committees/houseofcommonspublicbillcommitteeonthecriminaljusticeandcourtsbill201314.html