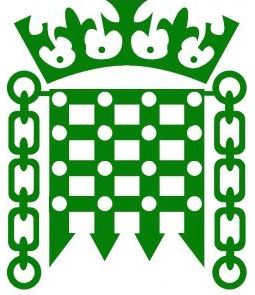 I responded to the following motion in a Delegated Legislation Committee on 20 November 2018: “That an Humble Address be presented to Her Majesty, praying that Her Majesty will appoint Lord Gilbert of Panteg, Alastair Ross and Joan Walley as Electoral Commissioners with effect from 1 November 2018 for the period ending 31 October 2022.”

Delegated Legislation, also known as Secondary legislation, is law created by Ministers (or other bodies) under powers given to them by an Act of Parliament (primary legislation).

It is a pleasure to serve with you in the Chair, Ms Buck. I thank the Leader of the House for speaking to the motion and also the interview panel appointed by Mr Speaker, the independent chair, Dame Denise Platt, and the chair of ​the Electoral Commission, and the members of the Speaker’s Committee on the Electoral Commission, the hon. Member for Morley and Outwood and my hon. Friend the Member for Newport East. Let me also place on record our thanks to outgoing commissioners, John Horam, David Howarth and Bridget Prentice, whose term of office came to an end on 30 September 2018. I note that the report, to which the Leader of the House alluded, refers to a delay by the political parties in responding to the Speaker’s letter in November 2017.

The panel’s unanimous verdict was that Lord Gilbert of Panteg, Alastair Ross and Joan Walley be appointed as electoral commissioners. Her Majesty’s Opposition endorse the appointments. Lord Gilbert of Panteg has over 30 years’ experience of political service and has held a number of senior roles in the Conservative party, including political secretary to the Prime Minister. He is currently still in the legislature, albeit in the other place. Can the Leader of the House confirm there are no conflicts relating to his appointment, including his terms of office on any Joint Committees on which he serves?

All will have to abide by the Nolan principles, but can the Leader of the House confirm that, as a member of a lobbying company, Lord Gilbert does not currently represent any firms relating to data analytics, and whether he has had any dealings with firms currently or previously investigated by the Electoral Commission or that have broken electoral law?

Alastair Ross was a Member of the Northern Ireland Assembly until 2017 and held ministerial office in the Executive Office. Mr Ross has valuable experience as Chair of the Committee for Justice and the Committee on Standards and Privileges. As an elected representative in a different jurisdiction, his appointment will be beneficial to the Electoral Commission.

Those two candidates are not known to me, but Joan Walley is. She was the MP for Stoke-on-Trent North for 28 years, during which time she chaired the Environmental ​Audit Committee for five years. Her experience as Chair of that Committee will serve her well on the Electoral Commission. Since leaving Parliament, she has taken on several non-executive roles, which have obviously given her relevant board experience.

Subject to those questions, Her Majesty’s Opposition endorse the appointments of these three commissioners.

The Leader of the House is speaking to a motion in her name, and I am sure she will be able to write to me or will have an answer to those questions when the House comes to endorse the appointments.