On Tuesday 14 June 2022 I sat on the Committee for the Draft Hovercraft (Application of Enactments) and Merchant Shipping (Prevention of Pollution) (Law of the Sea Convention) Amendment Order 2022.

During the debate the Minister said that there are no operational hovercraft in the UK at the moment except one service in Southsea, which will be exempt. I asked the Minister:

“The explanatory note states: ‘A full impact assessment has not been prepared for this instrument as no, or no significant, impact on the private, voluntary or public sector is foreseen.’ Is this really necessary, and would he define ‘significant’?”

The Minister confirmed that the Order would have no immediate effect, and had been motivated by a desire to keep up with recent changes to the International Convention on Standards of Training, Certification and Watchkeeping for Seafarers, and have legislation already enacted should a hovercraft industry develop in future.

Since the UK left the European Union, hovercrafts are not subject to the same penalties for pollution as other sea vessels. The Order seeks to correct this by imposing the pollution prevention requirements in the International Convention on Standards of Training, Certification and Watchkeeping for Seafarers, and strengthening enforcements powers if there are breaches. Statutory instruments can be used by the Government to amend or update existing legislation without having to pass a further Act through Parliament. Statutory instruments are instead scrutinised in Delegated Legislation Committees of 17 Members. 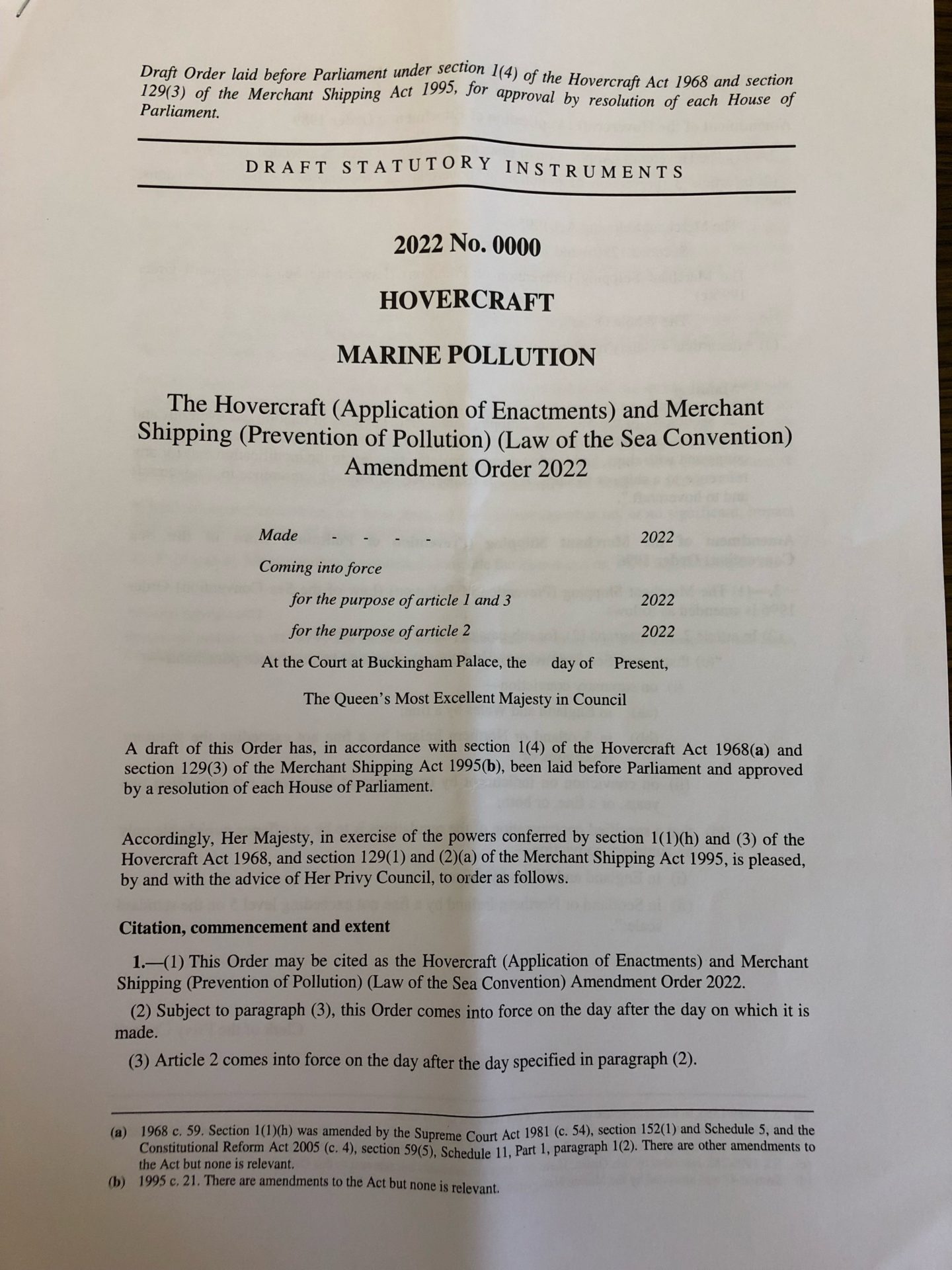