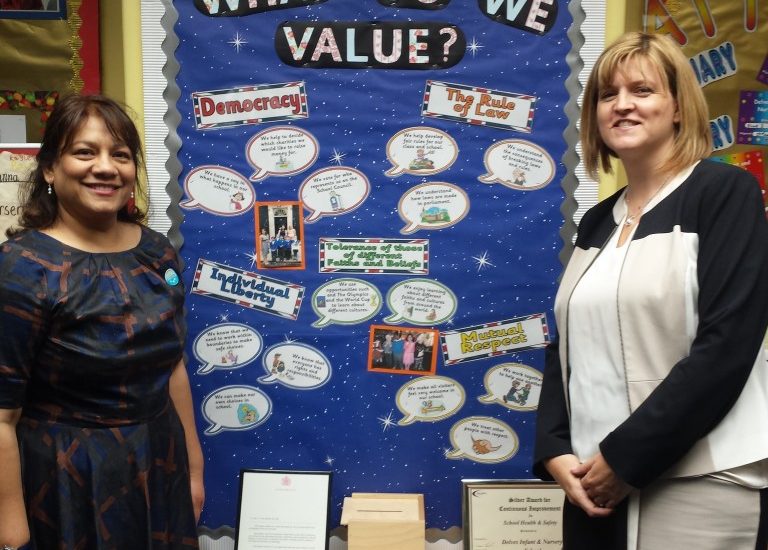 On Friday 26 June 2015, I visited Delves Infants School to meet the members of the School Council.

I toured the School with the new Head Teacher Mrs Arnold. During the tour I saw a poster about the Magna Carta to mark its 800th anniversary which included the School’s rights and responsibilities and which was signed by every pupil and member of staff.

The School Council and I had a roundtable discussion and I was asked questions covering a range of issues. These included why I wanted to become an MP, what being an MP involves, how I can help people and what a typical week is like for me.

I told the School Council that I wanted to be an MP so that I can help people and make changes to the way the Country is run. I also told them about being able to ask the Prime Minister questions at Prime Minister’s Questions and also about the surgeries I hold in Walsall South for constituents who want to raise issues with me. The School Council has been very active in identifying play equipment and making a decisions as to what the school needs. There is a fantastic outside area with a playhouse and a garden.
I was presented with a box of cut out pupils with a suggestion “if I were a world leader……. I would….There were a number of suggestions such as train more teachers , give people medicine and make all schools free.