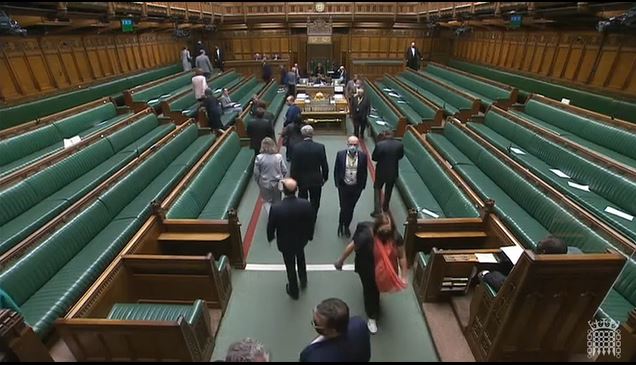 Valerie said: Whilst  it is right to repeal the Fixed Term Parliament Act,  this Bill is an overreaction, based on a false premise: a misunderstanding of the causes of parliamentary gridlock in 2019.  I support the democratic principle of fixing the length of a parliamentary term- in most parliamentary democracies, dissolution is controlled by the legislature with varying degrees of involvement of the executive. This is the case for the parliaments in Scotland and Wales, for local councils and elected mayors in England.

The UK’s strong tradition of parliamentary sovereignty turns on the involvement of Parliament in taking any decision to dissolve. Axing parliament entirely from the process is just another attempt by this Government  to concentrate power in their own hands and rig democracy in their favour. The Bill  skews power towards the incumbent governing party by giving them complete power to decide an advantageous date for an election. Reigniting the royal prerogative represents a step backwards for our democracy.  This is just one part of a patchwork of attempts by the Government  to centralise power and rig democracy in their favour.

When it was originally introduced, the then Conservative Government heralded the Fixed-term Parliament Act as a constitutional innovation, limiting the power of the executive, which was too dominant compared to the legislature. The subsequent Conservative manifesto of 2015 celebrated this Act as an “unprecedented transfer of Executive power”.  This U-turn by the Government is yet another example of  bending the rules when it suits them.

Overview of the Bill

The Bill passed its Third Reading.