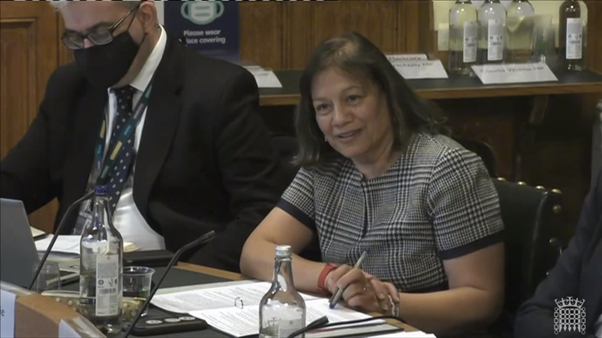 On Wednesday 23 February 2022 the Environmental Audit Committee of which I am a member met to consider Carbon Border Adjustment Mechanisms. CBAMs are taxes on imported products based on their carbon footprints, designed to ensure that importers bear the same carbon costs as domestic producers. They are one way to address the risk of “carbon leakage”, where policies to reduce emissions in one country result in increased production or investment in countries with weaker climate policies.

The Government seeks to introduce a number of ‘freeports’ around the country where standard tax and customs rules will not apply, which risks creating loopholes in environmental policy and contributing to carbon leakage.

My questions to a Government Minister and senior civil servant raised concerns about how carbon-leakage policy is being co-ordinated across the UK Government. I asked whether the Treasury have a dedicated team working on carbon leakage. I asked the panel what steps have been taken to ensure that freeports do not conflict with wider Government climate policy.

The Departments for International Trade and Business, Energy and Industrial Strategy will also have an influence in determining policy in this area. I asked how the Treasury is co-operating with DIT and BEIS to achieve a consistent approach across Government.  I asked what oversight carbon leakage policy receives from the Cabinet, on Cabinet Committees such as Climate Action or Global Britain. The policies have not yet been formalised but I  was reassured by the Minister that the Government could take into account the  framework  would apply to freeports and the good work the Government was doing would not be undermined by freeports outside the regime.