Electrification of the Walsall-Rugeley Line 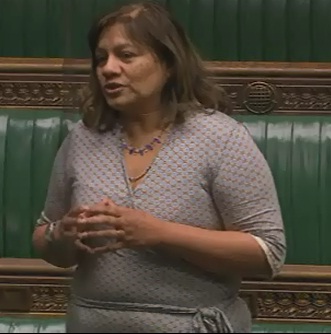 On Thursday 14 June 2012, Valerie Vaz, MP for Walsall South supported  the electrification of the Walsall-Rugeley Line in an Adjournment Debate.

“I am pleased that Walsall is not being ignored. Over recent years, the Rugeley-Cannock-Walsall-Birmingham, ‘Chase Line’, has continued to grow from strength to strength, resulting in a 10% growth in passenger numbers per annum. The lack of electrification on the Chase Line has resulted in an inefficient mix of diesel and electric services between Birmingham and Walsall, in order to operate north of Walsall on the non-electrified section to Rugeley.

“I  signed a  letter which was also signed by other West  Midlands MPs and other interested parties,  to the Secretary of State for Transport. We asked that  the electrification of route is a Government priority. I welcome the response given by the Minister to this debate that the Government will consider this when it announces the funding under the High Level Output Statement for Control Period 5, 2014-19, in the summer.”

You can read the full debate here.