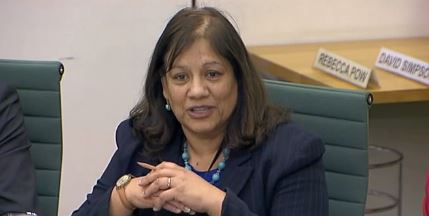 On 23 March 2016, The Environment, Food and Rural Affairs Committee held an oral evidence session to hear about the progress of payments made to farmers under the new Common Agricultural Policy system. The session also focused on the Government’s views on progress and how the programme is to be taken forward.

Valerie Vaz: In terms of the different types of inspections and the higher level and the lower level, does that mean you have to go back to the farms again for different inspections or is it one streamlined one for the different pillars?

Valerie Vaz: Can I just follow up? What do you mean by an even keel? Could you expand on that slightly?

George Eustice: Back to some normality where we do not have to have everybody sending in their application by paper, as they did last year. We are now back to a position, as I said earlier, where 2,000 people have started to make their application online already for this forthcoming year. We have 845 already completed, and we have 20,000 paper prepopulated forms in the post for those who have not got a track record of applying online, ready for them to start doing their applications. We want to get back to a sense of normality where we can get the vast majority of claims done online in the way that we were able to as recently as 2014.

Valerie Vaz: Just quickly—before I move to question 12, Chair—I was talking to a farmer today at Shropshire Day, and I said, “What question would you like me to ask the Minister?” He said, “Could there be a window?” because a lot of them have overdrafts and their overdrafts get bigger while they are waiting for the payments. Is that something you could look at—to have a smaller window and then they are paid, rather than have a big overdraft?

George Eustice: Yes. The payment window legally runs from the beginning of December up until June, but we will always try to pay as many farmers as we possibly can, as quickly as we possibly can.In recent years we have done very well. In 2014, we managed to pay 95% on day one and over 97% by the end of December.I would like to get back to that sort of performance.Whether we can do it this year, given the complexity of the CAP, remains to be seen, but we definitely, as Mark Grimshaw said, want to get back to some sense of normality where we are paying up to 90% in that first month.

Valerie Vaz: Thank you, and can I just start by apologising before we move to the questions, as I was at another meeting? Minister, it is very good that you are here. There are lots of different teams working across different organisations. Could you for the record, and to help me, as obviously I am new to the Committee, say what those organisations are? How does Defra control all the information coming from them? For example, if the information is coming from these different organisations, are you able to respond quickly and effectively to problems that arise?

George Eustice: The RPA obviously lead on this application process, and on the Pillar 2 schemes they have a very close working relationship with Natural England.Natural England are involved in putting together some of the countryside stewardship schemes—the old HLS scheme and now the higher tier of the countryside stewardship in particular—and will have some oversight on the new mid-tier countryside stewardship scheme.After that the vast majority of the work is done by the RPA.They process the claims.They receive the applications.They do the inspections and they make the payments.When it comes to the BPS payments in particular, the RPA is far and away the lead agency on this.
Valerie Vaz: What about Defra’s control over all of that? Ultimately you are responsible.