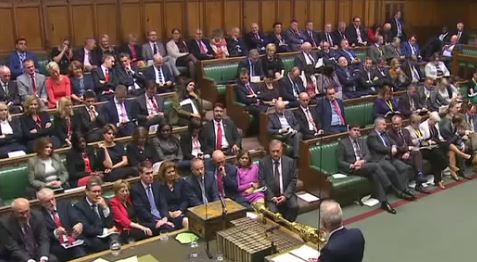 The European Union Withdrawal Bill overturns the 1972 European Communities Act and will convert all existing EU laws into UK law. On Monday 11 September 2017, I voted on a series of motions on the EU Withdrawal Bill.

This Bill is not about whether Britain leaves the EU – that issue was settled by the referendum result and the Article 50 Bill. Labour respect the referendum result, recognise Britain is leaving the EU and will fight for a Brexit deal that protects jobs, the economy and rights.

HM Opposition Labour Party were opposed to the Bill because it is fatally flawed. It puts huge and unaccountable power into the hands of Government Ministers, side-lines Parliament on key decisions and puts crucial rights and protections at risk.

The Bill introduces new restrictions on the devolved administrations, it risks eroding basic human rights and could prevent a transitional deal on the same basic terms we currently enjoy – including within the single market and within a customs union with the EU.

This Bill, along with the Government’s Business of the House motion on 12 September calling for a Government majority on Standing Committees when they do not have a majority in the House, constitutes an unprecedented power-grab by the Minority Government and is far from bring back control to Parliament.

“That this House respects the EU referendum result and recognises that the UK will leave the EU, believes that insisting on proper scrutiny of this Bill and its proposed powers is the responsibility of this sovereign Parliament, recognises the need for considered and effective legislation to preserve EU-derived rights, protections and regulations in UK law as the UK leaves the EU but declines to give a Second Reading to the European Union (Withdrawal) Bill because the Bill fails to protect and reassert the principle of Parliamentary sovereignty by handing sweeping powers to Government Ministers allowing them to bypass Parliament on key decisions, without any meaningful or guaranteed Parliamentary scrutiny, fails to include a presumption of devolution which would allow effective transfer of devolved competencies coming back from the EU to the devolved administrations and makes unnecessary and unjustified alterations to the devolution settlements, fails to provide certainty that rights and protections will be enforced as effectively in the future as they are at present, risks weakening human rights protections by failing to transpose the EU Charter of Fundamental Rights into UK law, provides no mechanism for ensuring that the UK does not lag behind the EU in workplace protections and environmental standards in the future and prevents the UK implementing strong transitional arrangements on the same basic terms we currently enjoy, including remaining within a customs union and within the Single Market.”

The final vote was on the Government’s planned timetable (programme motion) for considering the Brexit legislation. The vote provides for only 64 hours of debate over 8 days on one of the most important pieces of legislation to affect this country. The results were: Ayes: 318 Noes: 301