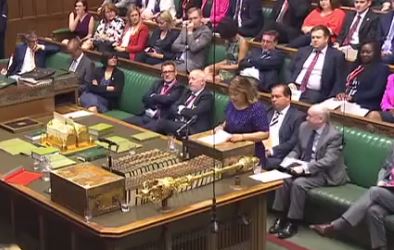 On Wednesday 1 November an Opposition Day Motion passed to order the Government to release the Brexit Economic Impact Studies.

“The 58 areas of the economy that are covered in the Brexit Economic Impact Studies represent 88% of the UK economy. It was right that this information will be passed to the Exiting the European Union Committee.”

“In Business Questions on Thursday 2 November 2017 I further pushed for the swift release of the Brexit Economic Impact Studies. The papers have still not been released by the Government. A Select Committee cannot produce a report unless it has all the information before it.”

“Members have a right on behalf of the whole country to have that information, and to make sense of and correct some of the misinformation that came out during the referendum.”