HomeNewsGovernment response to the Francis Report

Government response to the Francis Report 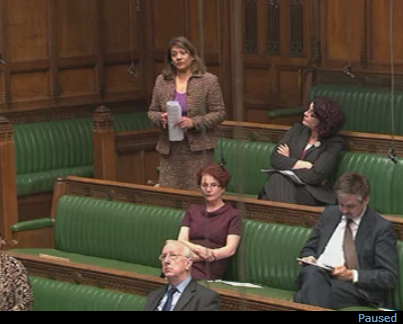 On 19 November 2013 the Secretary of State for Health, Jeremy Hunt, made a statement in the House on the Government’s response to the Francis Report.
Valerie asked:
“The College of Emergency medicine has consistently called for an increase in emergency doctors. There has been a shortfall in 50% over the last three years. What plans does the Secretary of State have to address those issues?”
The Secretary of State for Health replied:
“I met with the College of Emergency Medicine yesterday to discuss those issues amongst other issues. We do have 300 more people working in our A&E Departments than three years ago but we need more, she is absolutely right. There are a million more people going through A&E every year than 2010. And I think part of the challenge we have is to make A&E a more attractive profession for doctors because they do have shifts, there are antisocial hours, and that can make it an unattractive profession and we need to find a way of dealing with that particular issue.”