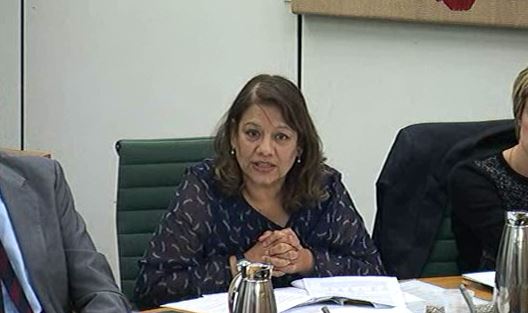 On Tuesday 17 December 2013, the Health Select Committee, of which Valerie is a member, heard from the Secretary of State for Health, Jeremy Hunt, and the Chief Executive of NHS England, Sir David Nicholson.

“I asked Sir David to confirm that there will be a new regime in place to make CCGs accountable to NHS England. He said CCGs will now be subject to quarterly assessments of their effectiveness by NHS England. Whilst I agree that CCGs should be accountable, this is clearly a flaw in the Health and Social Care Act which set them up as statutory bodies.”

“Under the Care Bill, which had its second reading on 16 December 2013, the Government have introduced a new clause – clause 118, which would allow administrators to close or downgrade hospitals. This would mean that CCGs, the most important local decision makers, would have no say in key reconfigurations of their hospitals and care services. The Secretary of State said that the clause is meant for the very particular situation when a trust is in extreme difficulty and we need to find a solution because patient safety may be at risk. When I asked whether it was just for trusts in administration he said he believed so. He said he would let the committee know how clause 118 will be applied. This is important particularly as a result of the judicial review into Lewisham Hospital.”

“I asked the Secretary of State to confirm there has been £600 million underspend so farn this year. He replied that this is money that has been committed to NHS budgets in many different parts of the NHS and they did not know that they were going to underspend until it came to the end of the year. At a time when there is a crisis in A&E and more doctors and nurses are needed, it is not clear why the Department of Health returned £2.2bn to the Treasury in 2012/13 in addition to the £1.4bn handed back in 2011/12.”

“In November the SoS announced an extra £150m to go to 157 CCGs, in addition to the £250 million announced in September to trusts to cope with winter pressures. The Secretary of State confirmed this is not new money and is being taken out of the underspend.”