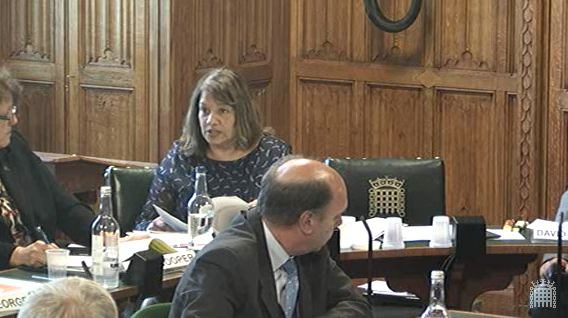 On Tuesday 1 July 2014 the Health Select Committee, of which Valerie is a member, heard evidence on the Handling of NHS Patients Data.
Valerie said:
“After I questioned Sir Nick Partridge, director of the Health and Social Care Information Centre (HSCIC), on the breaches of patients’ data by the NHS Information Centre he apologised for them. I asked Sir Nick if the appropriate procedures are in place now, so that anything that came out of his Report would not happen again. I was told that when Sir Nick’s recommendations are put in place there will be a rigorous process that the public and patients can rely on.”
“I asked if the HSCIC was in compliance with the Data Protection Act (DPA). Kingsley Manning, Chair of the HSCIC, said that the organisation was ‘extraordinary concerned about the DPA’ and that he had had a three-hour meeting with the Information Commissioner on 11 June. Mr Manning assured me that the HSCIC is not in breach of the DPA.”
“The HSCIC plans to run pilots to allow researchers to access patient data so I asked Tim Kelsey, National Director for Patients and Information at NHS England, when the pilots are completed.? Mr Kelsey could not answer as he said they had not yet started, but reassurances were given that commercial insurance companies would not be permitted any use of the data. The pilots are expected to run in October and November. I asked about the time frame for the assessment of these pilots, but Mr Kelsey could not give me one.”
“I asked what safeguards has been built into the system so that patients can find out where their identifiable data has gone. Mr Manning said that ‘if it is identifiable, the only likely reason that we would ever supply it to a third party, whoever it was, would be under section 251, colloquially. Under that, there is a requirement that we agree only if they cannot get individual consent’. Mr Manning told me that one of the things that the HSCIC is looking at is to put together an index system so that patients can ask where their data has gone, but that pseudonymisation data cannot be de-identified.”
Valerie said:
“ I note that the British Medical Association has voted in favour of making care.data an opt-in system. Following the pause in care.data until the autumn, I hope the Government looks at this. I also support the BMA’s call for the data to only be used to improve patient care and not sold for profit.”