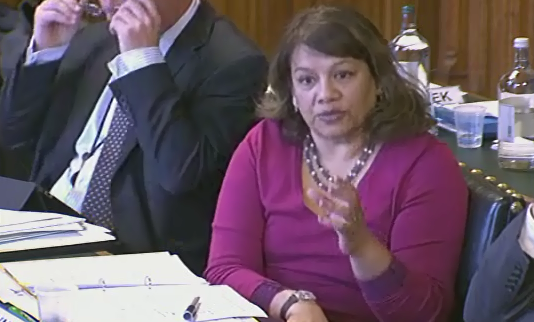 On Tuesday 17 June 2014 the Health Select Committee, of which Valerie is a member, heard evidence on NHS complaints and raising concerns.
Valerie Vaz MP said:
“This was the first time Professor Sir Mike Richards, the new Chief Inspector of Hospitals at the CQC, has been before the Health Select Committee. It was important to find out the themes and the general areas of complaints. Professor Richards told me the complaints were about the care and treatment patients have received, staff attitudes, administrative failings, and even car parking.”
“It was interesting that the CQC had been given £40 million by the Department of Health to address low staffing levels. Mr David Behan, chief executive of the Care Quality Commission, said that the CQC is currently in a recruitment campaign where they anticipate bringing in 500 additional staff. I am concerned that the CQC admitted they are taking on 500 staff to deal with complaints, when in my view the money could be spent on more doctors and nurses on the frontline.”
“Sir Robert Francis QC’s nineteenth recommendation, in his thorough inquiry into the Mid-Staffordshire scandal, called for a single regulator dealing both with corporate governance, financial competence, viability and compliance with patient safety and quality standards for all trusts. Regulators assumed that the identification and resolution noncompliance was the responsibility of someone else. Mr Behan told me that there have been a couple of occasions where the CQC and Monitor have undertaken joint inspections to remove the duplication, but accepted there was duplication. I call on the Government to look again at the Robert Francis Report, in my view there is too much bureaucracy with these two organisations are duplicating roles in some instances. Two health regulators is not in the interests of patients and is not value-for-money for taxpayers.”
More Information:
More information about the Health Select Committee can be found here: http://www.parliament.uk/business/committees/committees-a-z/commons-select/health-committee/
More information on the CQC can be found here: http://www.cqc.org.uk/
Sir Robert Francis’ Mid-Staffordshire Inquiry Report can be found here: http://www.midstaffspublicinquiry.com/