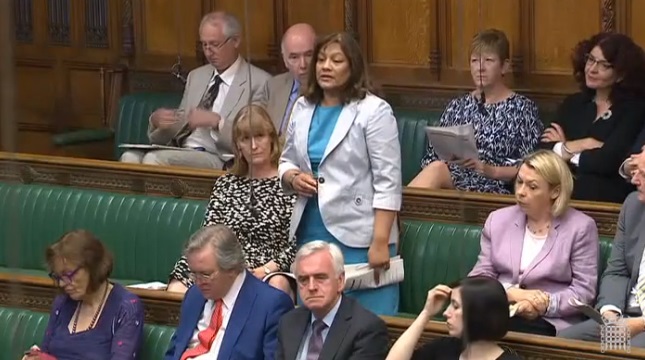 At Health Questions on Tuesday 7 July 2015, I followed up on the question about Hospitals in special measures and patient safety.

I asked the Secretary of State: “How many of the hospitals in special measures have implemented recommendation 13 of the final Francis report on fundamental standards?”

“The Secretary of State responded: I would expect that all trusts have done so. If they have not, they will not come out of special measures. That is the benefit of a rigorous, independent inspection regime. Seven trusts have come out of special measures. I hope that the others will come out in due course, but that is not a decision for me; rightly, it is a decision for the chief inspector of hospitals.”

I was disappointed that the Secretary of State was not able to tell me how many hospitals in special measures had implemented one of the key recommendations of the final Francis Report.