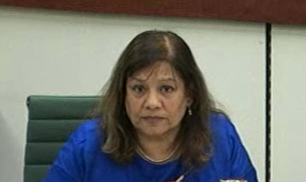 On Tuesday 4 November 2014, the Health Select Committee, of which Valerie is a member, heard evidence from Norman Lamb MP, the Department of Health Minister for State for Care and Support as part of their inquiry into Integrated Care Pioneers.
Valerie said:
“Clinical Commissioning Groups in Staffordshire are privatising and outsourcing cancer services and end of life care. This is part of a ten year and £1.2 billion contract. This will have an impact on health generally, but particularly on Walsall. I asked the Minister why local people and clinicians who have expressed opposition had not been consulted. The Minister’s response was not satisfactory saying that he only met with the CCGs rather than local people.”
“ I have found no evidence that this new system of a prime provider will work, but cancer services will be taken out of NHS hands and become the responsibility of a private provider. Local people have been saying that NHS England is taking a huge risk in an area where local health care is already distressed. The Minister has even admitted that this project might fail.”
“We should not allow this to happen with public money, and I asked the Minister if there is good practice for cancer care in the rest of the country. I raised the point that we should not take a risk with NHS money on a project that the majority of people do not want.”
“The privatisation of cancer services and end of life care in Staffordshire is being coordinated between six CCGs, however two local CCGs have dropped out of this pioneer scheme. The Minister was not aware that 2 CCgs were not involved and agreed to look into concerns that all patients who had cancer in the area would be part of this new programme, even if their local CCG has pulled out. It does not seem logical that a CCG can opt out, and the rest of the CCGs are left paying for the care.”
More information of the Health Select Committee’s inquiry into Integrated Care Pioneers can be found here: http://www.parliament.uk/business/committees/committees-a-z/commons-select/health-committee/inquiries/parliament-2010/integrated-care-pioneers1/