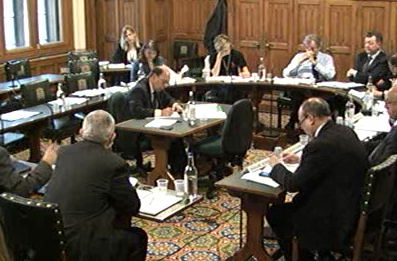 On Tuesday 26 November 2013, the Health Select Committee, of which Valerie is a member, held an accountability hearing with Monitor.
Valerie said:
“I raised the issue of the new regulatory framework that came into play on 1 October, the risk assessment framework. I asked Dr Bennett if he was aware of some of the criticisms that have come from the Foundation Trust Network about this new framework. One criticism I mentioned was that the regulatory framework is more interventionist. Monitor appear to be making assessments against performance targets. Dr Bennett said that although there were some objections, there were never an overwhelming set of objections to any of their proposals. He said that “it is all about the length of the arm between us and the trusts. If the evidence is, for example, that we are having a lot of trusts fail and we are not either spotting it soon enough or not doing enough about it, we are going to have to shorten it a bit more.”
“I asked whether as a result of Mid Staffordshire, the concern was that Monitor were going to become more interventionist as a result of what happened there. Dr Bennett replied that there are two stages. There is how closely do we monitor them and then how quickly and strongly do we intervene when we have reason to be concerned.”
“In the updated list of Monitor’s staff, under “Patient & Clinical Engagement” there were no appointments. When I asked Dr Bennett why this was the case and he said he had tried for many months to appoint a medical director to run a unit on patient and clinical engagement but had a problem getting the terms and conditions of that appointment agreed with the Department of Health.”