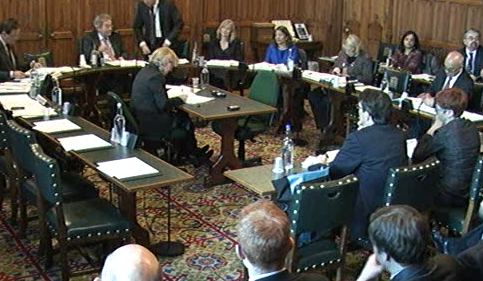 The Health Select Committee, of which Valerie is a member, held a public expenditure hearing on public expenditure on health and social care with John Appleby, Chief Economist at the King’s Fund, and Anita Charlesworth, Chief Economist at Nuffield Trust.
“John Appleby’s commented that no one seems to know where the money is. I asked whether it is falling within NHS England or the Department of Health. He clarified that he was sure there are people who know where it all is, and that he was referring to the reporting of the money. He said the planned saving in the NHS last year was about £4 billion. What is less clear, he said, is where it has gone, and what that saving was used for as there was not a lump of money that was then distributed across the NHS.”
“I raised the issue of rising administration costs. I asked whether that was because there had been a cut in the number of staff that now have to be rehired and whether it was part of the reorganisation. Anita Charlesworth said that there may well be some rehiring—whether it is rehiring of individuals or filling of other posts. She added that it is difficult fully to work out what is going on with staff at the moment because all the changes to the NHS are making getting a clear picture of what is going on quite difficult.”
“She also raised the issue of overspending on agency staff. She said there was a problem in the system at the moment in that there are two forms of inefficiency that are being driven by the system. One is that people are holding back lots of money.”
“John Appleby said that it was announced in the Health Service Journal that in addition to the £250 million fund to assist some A&E departments there is another £150 million. I asked him whether this £250 million has anything to do with A&E departments being in crisis. He replied that in the NHS virtually every year in its existence there has been somebody who has a back pocket somewhere, and that sometimes it is announced as an initiative, and at other times it is simply distributed throughout the system.”
“I raised the issue of integration and reconfiguration, asking how the two fit two together. We were told that when considering the needs that we are facing in society it is important to ask “How do we best work with these needs?” If you are an elderly person with complex needs and you are frail, you have a range of needs that you will not personally recognise as a health need, a social care need or a mental health need. That is the starting point for integration.”
“I asked whether the current structure helps or hinders the conversation between health and social care. There are separate providers for mental health care, physical care and social care. The economies that fund those care systems are different. About half of social care is provided by the public sector, sometimes through private providers, and some of it is personally funded or insurance funded.”