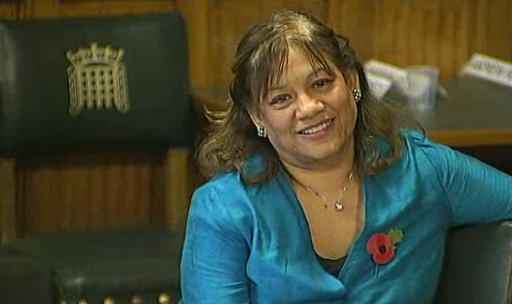 On Tuesday 5 November 2013, The Health Select Committee, of which Valerie is a member, heard evidence from NHS England Chief Executive Sir David Nicholson on public expenditure on health and social care.
Valerie said:
“Sir David Nicholson was unable to answer basic questions on how many NHS managers were made redundant and then re-hired as management consultant. I asked Sir David how many management consultants are there under his remit, and he replied that he did not have the figure to hand. I then asked him about the cost to the NHS of people who have been made redundant from PCTs and CCGs and then rehired, and he replied ‘we do not collect that information for non-commissioning.’ I asked him if he would ever be able to find out, and he replied that ‘It must be theoretically possible.’ In my view, the Committee should call Sir David back in order to answer these questions properly.”
“I raised the issue of integrated care with Sir David and asked why the model of Torbay, where an integrated system of care was successfully pioneered, is not being rolled out everywhere else. He responded that ‘If you look around the country, you can see pockets of integration that have worked really well.’ I believe that more should be done to widely disseminate examples of best practice such as Torbay.”
“I asked Sir David what conversation he had had with the Secretary of State about Lewisham. A high court judge ruled that he had acted outside his powers by ordering the closure of the hospital. He replied that he thought the appeal was the right thing to do. Asked what the legal costs were, he responded ‘I do not have information.’ This is again unsatisfactory and this information should be made public.”
“The Committee asked Sir David whether he was concerned about the effect that the section 75 regulations, which explicitly open the NHS up to competition law, may have on service reconfigurement. He replied, ‘You have competition lawyers all over the place telling us what to do, which is causing enormous difficulty.’ Asked for an estimate of the cost of this extra legal challenge, he replied that ‘We have not made an assessment of that, largely because it has only really emerged over the last few months in any significance, but we can and will do that.’
“In September, the Department of Health allocated £250 million funding to 53 Trusts and Foundation Trusts to help them cope with winter pressures, particularly on A&E departments, with a further £250 million the following year. Stafford Hospital is in Special Administration and the A and E is closed from 10pm – 8am, increasing patient numbers in Walsall Manor Hospital A&E, The Manor received no extra funding. I asked Sir David for additional funding to ease pressure. He replied, ‘I know the Manor hospital very well and have been to it on a number of occasions. I will look at it.'”