On 4 July 2012, scientists at the Conseil Européen pour la Recherche Nucléaire (European Council for Nuclear Research, CERN) announced the discovery of the Higgs boson. On Monday, UK Research and Innovation held a reception to celebrate the 10th anniversary of the discovery, one of the most significant scientific achievements of recent decades.

CERN is the world’s largest particle physics laboratory, studying the most basic constituents of matter. More than 1000 UK researchers contribute to an international team of over 13,000. In a decade, 500 UK companies have been awarded contracts through the organisation worth £217 million, and over 20,000 scientific papers produced in UK universities have cited work carried out through CERN.

The Higgs boson was first theorised by Robert Brout, François Englert and British physicist Peter Higgs almost fifty years prior to its discovery, in 1964. Interacting with the field associated with the boson is how all other particles acquire mass. Peter Higgs is one of three British Nobel Prize winners who have worked with CERN.

In 2016 I had the opportunity to visit one of CERN’s projects with the Science and Technology Committee, the Large Hadron Collider. This particle accelerator is is a 27km loop around 100m underground beneath the French-Swiss border, which allows fundamental particles of matter to collide at extremely high speeds, leading to insights such as the Higgs boson discovery. I am pictured with a 1/40 size scale model of part of the Collider, the ATLAS experiment. The other experiments are ALICE, CMS and the LHCb.

On Tuesday 5 July 2022 the Collider was turned back on for the first time after four years of upgrade work. More information can be found on CERN’s website at: The Large Hadron Collider | CERN (home.cern). 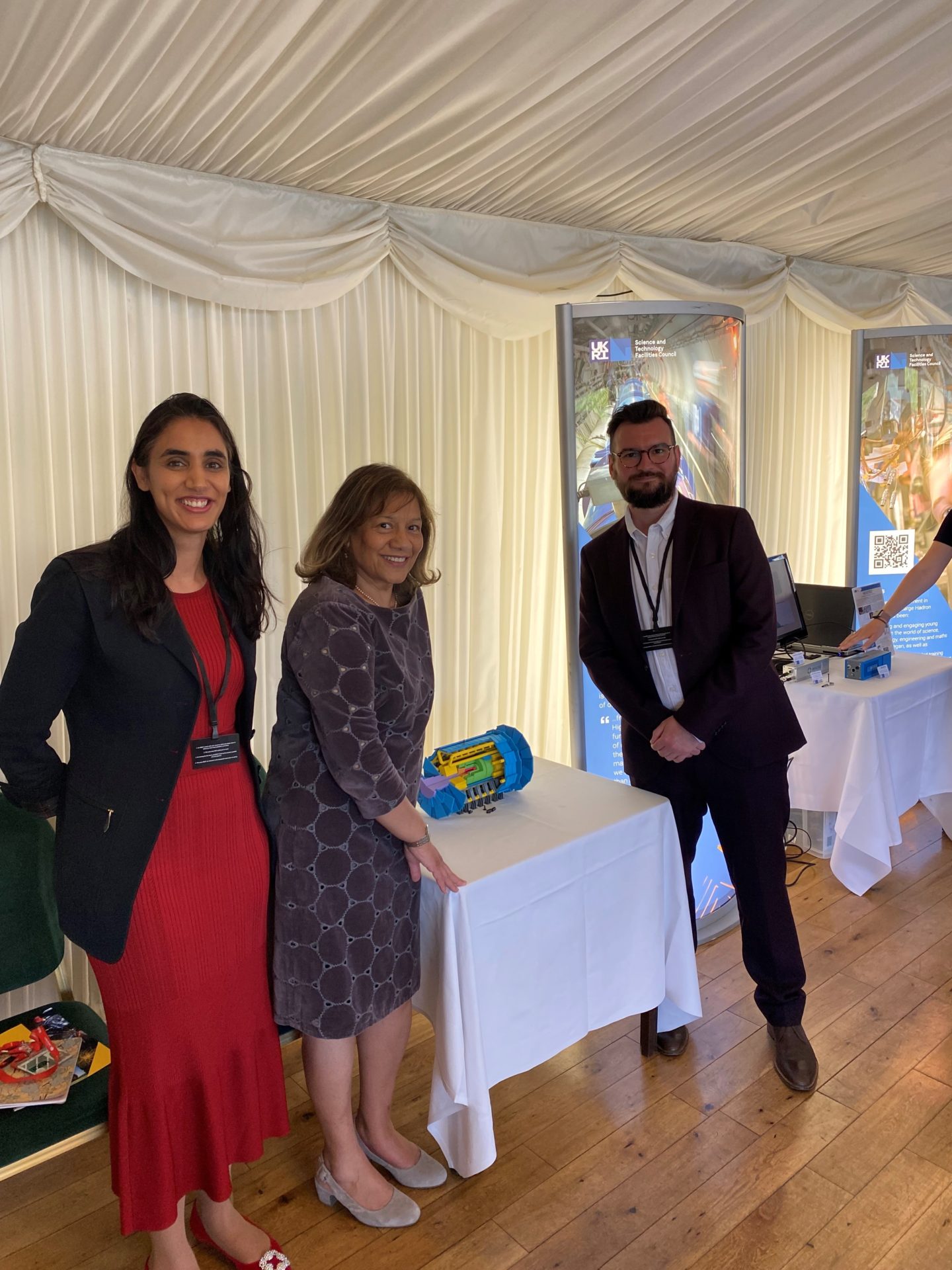