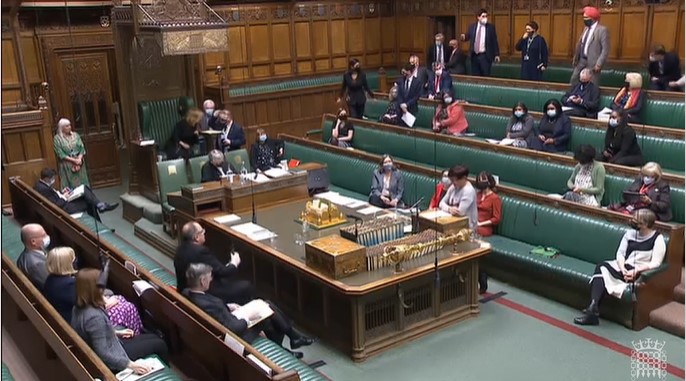 In the  second Opposition Day Debate on Wednesday 17 November 2021 HM Opposition tabled a motion that would ban MPs from taking on second jobs as paid political consultants, advisors or strategists. I voted in favour of the motion.

(1) endorses the 2018 recommendation from the Committee on Standards in Public Life that Members should be banned from any paid work to provide services as a Parliamentary strategist, adviser or consultant;

(2) instructs the Committee on Standards to draw up proposals to implement this and to report by 31 January 2022; and

The Prime Minister proposed an amendment to reform the rules on MPs and second jobs. Opposition MPs did not vote on this. The Prime Minister’s amendment offers a watered down version because it focuses on all categories of paid jobs held by MPs. This is concerning and unnecessary as it deflects from the the core issue of some MPs taking second jobs as political consultants or advisors which poses a serious and potential conflict of interest. This is undemocratic.  The amendment passed by the Ayes: 297 and Noes: 0.