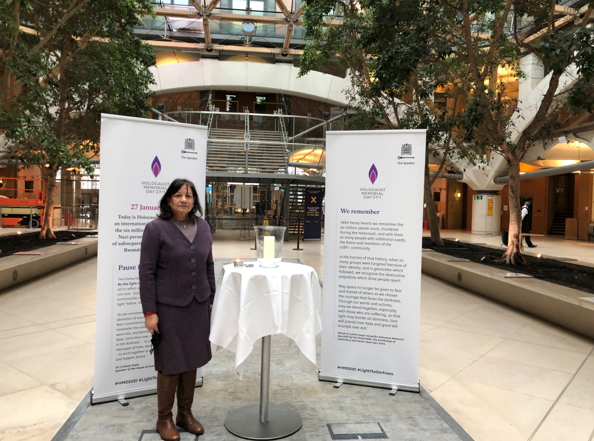 On Wednesday 27 January 2021 we commemorated Holocaust Memorial Day. I attended a ceremony in Parliament led by the Speaker of the House. Mr Speaker lit a candle to symbolise the triumph of light over darkness.

The theme for Holocaust Memorial Day in 2021 is ‘Be the light in the darkness’. It encourages everyone to reflect on the depths humanity can sink to, but also the ways individuals and communities resisted that darkness to be the light before, during and after genocide.

27 January marks the anniversary of the liberation of Auschwitz-Birkenau, the largest Nazi death camp. We remember the six million Jews murdered during the Holocaust, alongside the millions of others killed under Nazi Persecution including Roma gypsies, ethnic Poles, men and women from Slavic nations, Jehovah’s Witnesses, black people, the incurably sick and LGBT people. We also remember those genocides that followed in Cambodia, Rwanda, Bosnia and Darfur.