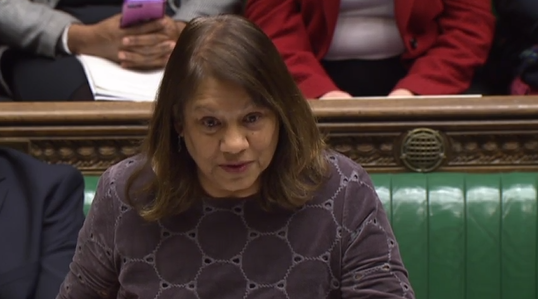 On 28 January 2019 I responded to the debate on proxy voting for parental absence. The House approved a 12-month pilot scheme of proxy voting for MPs who are absent from the House by reason of childbirth or care of an infant or newly-adopted child, and also for those who have suffered a miscarriage, an amendment which was agreed by the Government.

The Procedure Committee will carry out a review of the scheme at the end of the 12-month period.

You can my speech in full below:

I thank the Leader of the House for bringing forward the motions and for listening to the concerns of hon. Members by expediting this particular process.

Mr Speaker, you will recall that you commissioned the report “The Good Parliament”, from Professor Sarah Childs—she is actually listening to the debate—way back in 2016. She cited the issue of proxy voting and said that that would make this a good Parliament. We have had two debates and two urgent questions on the matter. The House expressed a view in favour of establishing a system of proxy voting when my right hon. and learned Friend the Member for Camberwell and Peckham (Ms Harman) first secured a debate in the House on 1 February 2018, so we are moving quite quickly—it has taken a year to get the system into gear.

As I set out from the Dispatch Box on 18 July and 13 September 2018, and on 22 January 2019, the Labour party supports the principle of proxy voting for parental absence. I, too, thank the hon. Member for Broxbourne (Mr Walker) and members of the Procedure Committee for taking evidence and producing its report “Proxy voting and parental absence” on 15 May 2018.

The Committee recommended that the scope of the scheme “should be broadly equivalent to statutory provision for maternity and paternity leave.”​ That was similar to the Clerk of the House’s memorandum, which identified “caring responsibilities limited to mothers of young infants” to cover a category of Member who might qualify for a proxy vote.

The motions are about the implementation of proxy voting for Members absent by reason of childbirth or care of an infant or newly adopted child. The scheme is not, at this stage, intended to be extended to other reasons for being away from the Chamber. The Procedure Committee’s report flagged up the fact that the Parliaments of Australia and New Zealand also have this process—the two processes work in slightly different ways, but they work nevertheless.

I will not go into individual cases, but it is clear that a system of proxy voting for parental absence should be in place as soon as possible. The breakdown in the pairing system and Members having to vote while heavily pregnant have made this a necessity, and it is right that there can be such certainty. Right hon. and hon. Members want to cast their vote and want that recorded. The Leader of the Opposition, who is committed to a modern Parliament, has signed the certificate. I am pleased to say that he was the first of the three main party leaders to do so. I pay tribute to the Clerk of Divisions and Elections, who managed to get the certificate ready to be signed by you, Mr Speaker, in the first instance.

I think that it is helpful to set out what actually happens. To get a proxy, Members can either provide a certificate of pregnancy or a matching certificate to you, Mr Speaker. No further validation is necessary. The maximum duration of a vote by proxy is six months for the biological mother of a baby, or for the primary or single adopter of a baby or child, and two weeks for the biological father of a baby, the partner of the person giving birth, or the second adopter of a baby or child. Eligible Members will need to specify in writing to you, Mr Speaker, the dates on which the absence shall begin and end within these maximum durations, and name the Member who has agreed to carry her or his proxy vote. You, Mr Speaker, will issue a certificate and cause it to be entered in Votes and Proceedings. Members can change who their proxy is, end their period of proxy voting earlier or cast a vote in person by providing a written notice to you, Mr Speaker, as soon as possible, or, at the very latest, by the end of the previous sitting day.

Members casting a proxy vote in a Division will inform the Division Clerk at the appropriate desk and the Tellers at the doors of the Lobby. Members can cast their vote in one Lobby and the proxy in the other, and may cast a proxy without casting their own vote at all. The result of Divisions in Hansard, both online and in its printed edition, will note votes cast by proxy, including the Member who cast the proxy vote. I know that one hon. Member has already signalled to you, Mr Speaker, that she intends to cast her vote by proxy, and she will be able to do this at the end of today, certainly in time for tomorrow’s votes. The new system is set out very clearly and I thank the Clerks for drawing it up.

If the House agrees to motion 6 and the temporary Standing Order, will the Leader of the House confirm—although I think that she has done so already—that the system of proxy voting will be in place by tomorrow? ​Will she also outline the timeframe for the Procedure Committee’s review and confirm when the clock starts ticking on that review? I hope that it is from today so that we have the full 12 months for it. It is right that this House accommodates everyone who wants to carry out their caring responsibilities. Members who work hard to fulfil their duties on behalf of our constituents deserve always to have their voices heard in our good Parliament.