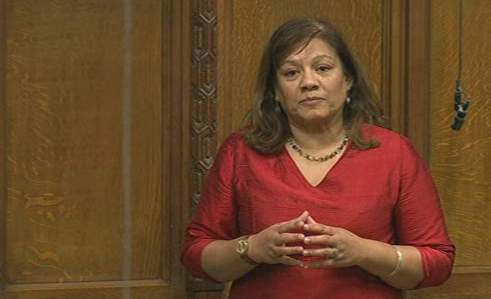 On Wednesday 19 November 2014, Valerie attended the Adjournment Debate in the House of Commons on Human Rights in Burma secured by David Burrowes MP.
Valerie said:
“There remain concerns surrounding the Burmese census. Britain gave £10 million towards the census which the Rohingya have been excluded from.”
“In Burma there is still 75 political prisoners. Although 3,000 prisoners were released ahead of President Obama’s visit, none of these were political prisoners. It is important the the Government keep putting pressure on the Burmese Government for the release of the remaining political prisoners.”
“Constitutional reform in Burma has taken a step backwards. There has been no progress made on amending the constitution to allow Aung San Suu Kyi to run for President in the 2015 General Election.”
The Official Report of the Adjournment Debate on Human Rights in Burma can be found here: http://www.publications.parliament.uk/pa/cm201415/cmhansrd/cm141119/debtext/141119-0004.htm#14111972004091