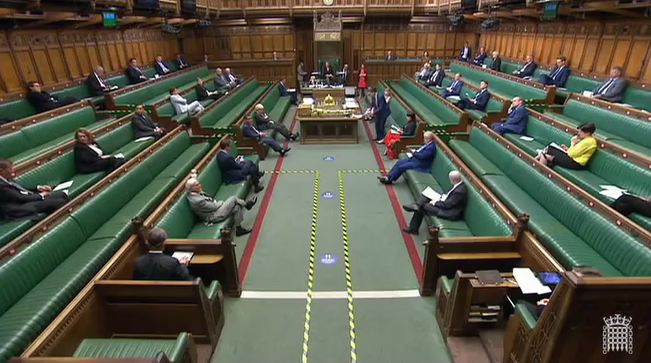 On Monday 14 September 2020 Parliament voted on the second reading of the Internal Market Bill. This Bill sets out the UK government’s plans for trade in the UK after the Brexit transition period ends.

The Internal Market Bill would prevent any Government from introducing new controls on goods moving directly from Northern Ireland to Great Britain and, unprecedently, would give UK Ministers the authority to set aside the provisions of the Withdrawal Agreement (an international treaty lodged with the United Nations) in respect of state aid and the requirement for export licenses for Northern Irish goods. This legislation therefore knowingly and openly breaks international law and will frustrate the process of getting a deal.

Our country’s international reputation is built upon our values and the fact we have long stood up for the rule of law. The Prime Minister wants to throw all that away by disregarding an international treaty he personally negotiated and signed up to less than a year ago, undermining our standing in the world.

In its current form, this Bill will have a lasting and damaging impact on our international reputation, diminishing our ability to exert our influence and protect our interests.

HM Opposition tabled an amendment declining to give the Bill a second reading, setting out our reasons for doing so. You can read the full text of this amendment below:

That this House notes that the UK has left the EU, calls on the Government to get on with negotiating a trade deal with the EU, recognises that legislation is required to ensure the smooth, effective working of the internal market across the UK, but declines to give a Second Reading to the Internal Market Bill because this Bill undermines the Withdrawal Agreement already agreed by Parliament, re-opens discussion about the Northern Ireland Protocol that has already been settled, breaches international law, undermines the devolution settlements and would tarnish the UK’s global reputation as a law-abiding nation.