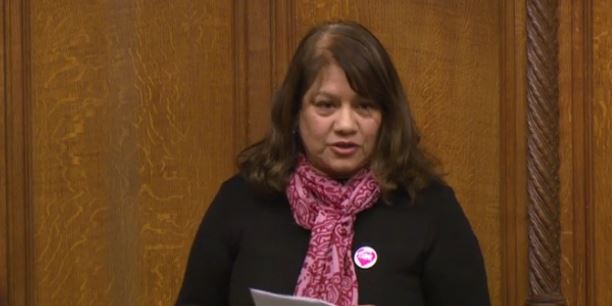 On Thursday 10 December 2015 Ispoke in a Backbench Business Debate in the House of Commons to mark International Human Rights Day.

Despite the UK’s strong record of defending human rights, the Government proposes to repeal the Human Rights Act. Internationally, human rights are under threat on every continent.

Valerie Vaz (Walsall South) (Lab): It is a pleasure to follow the hon. Member for Tonbridge and Malling (Tom Tugendhat), whose family has a long tradition of public service. I also thank the hon. Members for Strangford (Jim Shannon) and for Congleton (Fiona Bruce), my right hon. Friend the Member for East Ham (Stephen Timms) and the hon. Member for Ochil and South Perthshire (Ms Ahmed-Sheikh) for securing this debate, because we are here to celebrate human rights today, not to bury them. I do not know whether hon. Members have seen the website of the Canadian astronaut Chris Hadfield, but he sent down images of Earth from space and showed us the beauty of where we live. He showed us Earth as one world, where we live together and the only boundaries are those of land and sea. Injustice and discrimination know no boundaries, which is why international human rights are necessary.

The universal declaration of human rights was drafted after the ending of the second world war, as a response to the oppression and tyranny that came out of the two world wars. Every one of the rights I listed had been systematically violated, which is why we need the declaration, and why we incorporated it into the European convention on human rights and subsequently into the Human Rights Act 1998. This was not to take anything away or add anything and make things difficult for judges; it was so that judges could read into our legislation whether it is compatible with our fundamental rights. Ministers do not have to do anything apart from declare that human rights and their legislation are compatible.

Breaches of human rights still occur around the world. In Burma, despite the election win by the National League for Democracy, there are political prisoners who still need to be released—Pyone Pyone Aung took part in a peaceful protest; and the army can still overthrow a democratically elected Government in cases of national security. That must change. In Australia, Human Rights Watch found that the Government had done too little to address indigenous rights and disability rights—indigenous Australians are disproportionately represented in the criminal justice system. In the USA, the criminal justice system, from policing to prosecution and punishment, is plagued with injustices, such as racial disparities and excessively harsh sentencing. In Yemen, with which a number of Members have links, including my right hon. Friend the Member for Leicester East (Keith Vaz) and the hon. Member for Beckenham (Bob Stewart), who spent his childhood there, Amnesty International has reported 21 air strikes which killed at least 241 civilians and injured 157 people, most of them women and children. The strikes were found to be indiscriminate or disproportionate, and arms are still supplied by the UK.

We then come to the lawyers who have died defending human rights. The Law Society said it was shocked and saddened by the murder on 28 November of the Kurdish human rights lawyer Tahir Elçi. Karim Hamdy, 27, died in February 2015, after two days’ detention in Cairo, with broken ribs and bleeding in the brain. Salwa Bugaighis was shot dead in her home in Libya in June 2014 after voting. She was a prominent human rights lawyer who opposed moves to make the hijab compulsory.

Finally, human rights—both the Human Rights Act and human rights generally—are the David to the Goliath of the powerful. They provide help to the helpless and a voice to the voiceless, which is why we must protect them and celebrate them today.