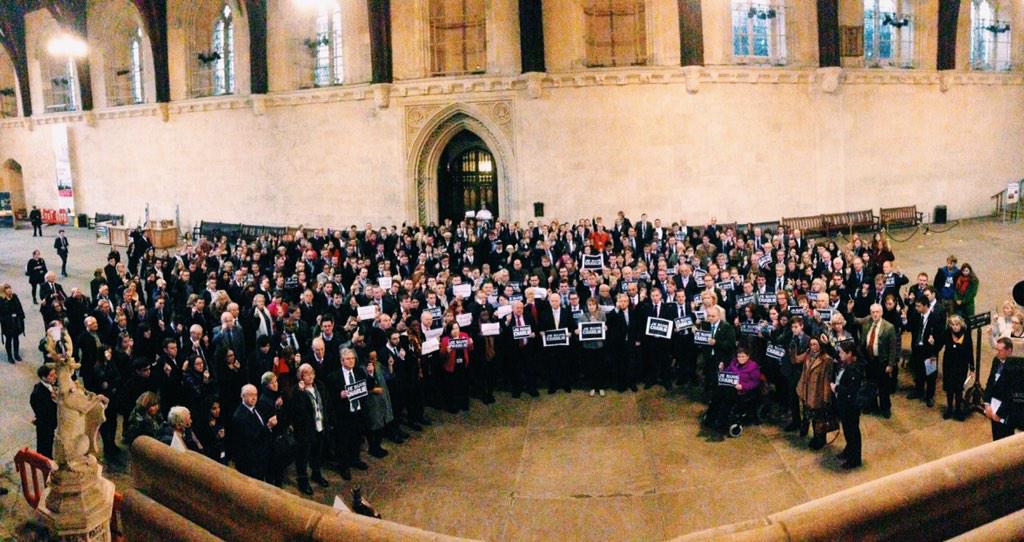 Valerie attended the 12 O clock vigil in Westminster Hall on Friday 8 January 2014 to remember the brutal murders of journalists, cartoonists and other staff of the publication Charlie Hebdo and the police:
Valerie said:
“MPs and other people including staff on the Parliamentary estate stood in silence for 2 minutes to remember the innocent victims of the attack at Charlie Hebdo and the police who were gunned down in Paris yesterday. Just as other people have done in solidarity throughout the world, we held up pencils, pens and posters to stand in solidarity with those who were murdered. May they rest in peace. They will never be forgotten.”