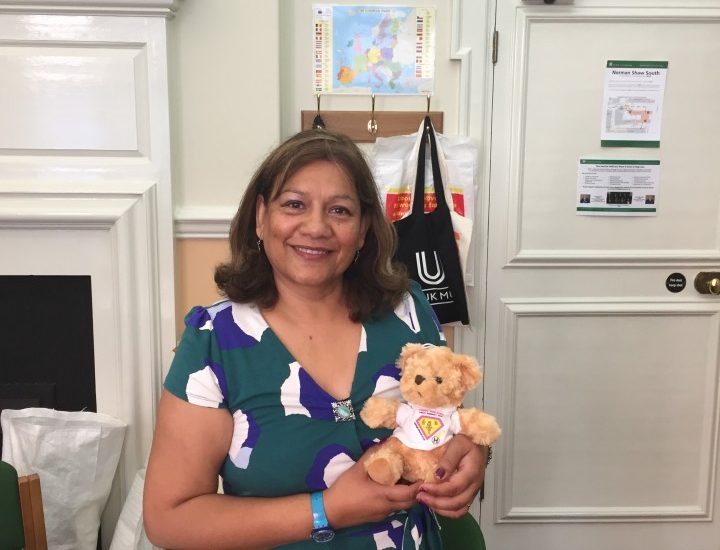 I was glad to meet Kaleigh’s bear on 14 September 2016, in support of Kaleigh who is just six years old and has been diagnosed with DIPG (Diffuse Intrinsic Pontine Glioma) – a rare brain tumour mainly affecting children aged between 4 and 10.

99% of cases are fatal and the average survival time is just nine months from diagnosis. While doing everything they can to give Kaleigh a fighting chance, her incredible family and friends have launched a campaign for greater funding for research into DIPG and childhood brain tumours.

Kaleigh has created 7 teddy bears that are ‘on tour’ seeking to appear in as many photographs as possible on social media to promote their campaign and parliamentary petition. The Bear has already met celebrities including Mo Farah, Huw Edwards, the One Show team and others.